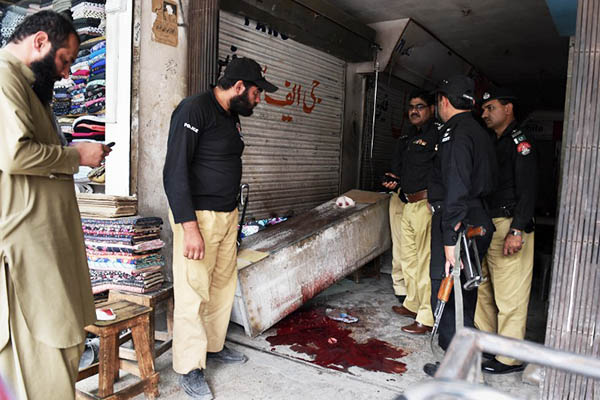 Unidentified gunmen on Wednesday killed two shopkeepers from the Shia Muslim minority when they opened fire in a congested market in Quetta, the second such attack in a week.

Quetta was already tense following the killing of four people, three of them Shias, in the city on Monday. Senior police official Aitzaz Goraya confirmed the attack and casualties and told AFP that police were searching for the attackers.

No group has yet claimed responsibility for the attack but Baloch separatists demanding greater autonomy have been waging an insurgency for years and the province is also riven by sectarian strife and Islamist violence.

Sectarian violence—in particular by Sunni hardliners against Shias, who make up roughly 20 percent of Pakistan’s 200 million people—has claimed thousands of lives in the country over the past decade. This month, 45 Shias were massacred in Karachi.