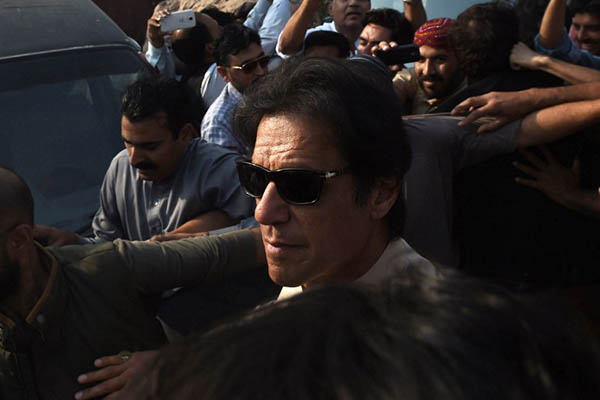 The end to PTI’s boycott suggests a change in the party’s Panama Papers strategy.

Imran Khan’s Pakistan Tehreek-e-Insaf (PTI) has announced its return to Parliament after a two-month boycott the party claims was necessary because there was no point talking to the majority defending Prime Minister Nawaz Sharif over the Panama Papers scandal. In the interim, the PTI tried to pressure the government through street-power—i.e. dharna—but failed to make a dent in ‘Fortress Nawaz Sharif’ even while he was at cross-purposes with the Army.

Unwilling to be seen as retreating, the party has now announced that it will force the National Assembly to accept its charge that Sharif lied to the House about his property in London. It has also expressed muted disappointment with a Supreme Court poised to regroup under a new chief justice in January—and set to form a time-consuming commission that the PTI abhors.

But the real strategy could be a fall-back to the PPP’s plan to oust Nawaz Sharif on the basis of four points that the party aims to get passed in Parliament: 1) formation of a parliamentary committee on national security; 2) passage of the opposition’s bill seeking investigation into the Panamagate leaks; 3) appointment of a full-time foreign minister; 4) implementation of a resolution on the China-Pakistan Economic Corridor passed during a multi-party conference held in May 2015.

Despite their common goal, however, a PTI-PPP alliance is unlikely given the PTI’s history of going it alone and Imran Khan’s self-image of a solitary people’s hero. But the PPP has its own albatross to bear: it no longer has the PTI’s street power and must therefore practice a flexible approach to both the PTI and PMLN.

In the days and weeks to come, more sparks are bound to fly in Parliament—not always in favor of a PTI-PPP alliance. Given its history, the PPP might settle with Nawaz Sharif on issues related to Sindh and wait till 2018 to see if it can recoup in Punjab some of the votes it has lost to the PTI.