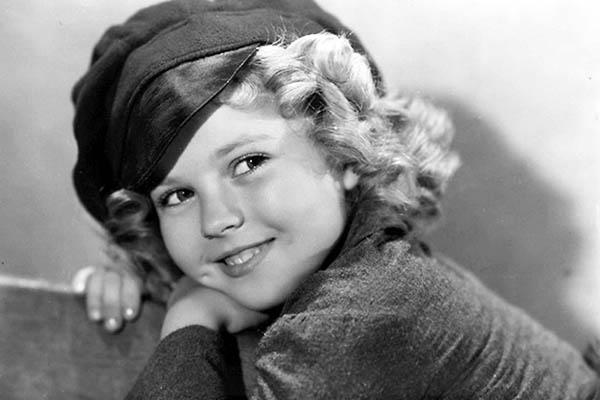 Iconic 1930s child star served as U.S. ambassador, representative to the U.N. after her acting career fizzled in the 1960s.

Shirley Temple Black, the iconic child star of the 1930s who died on Tuesday at age 85, melted hearts with her trademark blond ringlets and dimpled smile, and was a big bright spot in America’s dark Depression era.

Delighting audiences with her singing, dancing and sweet and simple innocence at a time when money and jobs were scarce and everyday life in America was especially challenging, the star of Curly Top and The Little Princess became, at six, the youngest person ever to win an Oscar.

She reigned supreme at the box office for three consecutive years, from 1936 to 1938. President Franklin D. Roosevelt praised her “infectious optimism” and once declared: “As long as our country has Shirley Temple, we will be all right.”

She starred in more than 40 movies, most of them before the age of 12. Later in life, she went on to battle breast cancer. She also served as U.S. ambassador to Ghana and the then Czechoslovakia, as well as U.S. representative to the United Nations.

Born April 23, 1928 in Santa Monica, California, Shirley Jane Temple made her debut in Baby Burlesques, short films which parodied the major motion pictures of the day, but in which children played the leading roles. In them, she mimicked film diva Marlene Dietrich and Tarzan’s love interest, Jane, among others.

After the controversial films were banned in 1933, the child star turned to feature films and starred in Stand Up and Cheer the following year. Several movies followed in the years to come, including Bright Eyes, which featured her trademark tune, “On the Good Ship Lollipop,” followed by Heidi and Rebecca of Sunnybrook Farm.

Egged on by her mother to “sparkle, Shirley, sparkle,” she became a wildly popular child star. Though she made films as a teenager and a young woman, such as The Bachelor and the Bobby Soxer with Myrna Loy and Cary Grant and Fort Apache with John Wayne, Henry Fonda and John Agar, her first husband, her career lacked the luster it had in its early years.

After divorcing Agar, she met her second husband, Charles Black, whom she wed in December 1950, and continued acting on television and radio. In the 1960s, she took on a new role in politics, serving as the U.S. representative to the United Nations under president Richard Nixon. She went on to become the U.S. ambassador to Ghana and, later, the then Czechoslovakia.

Black was feted by the prestigious Kennedy Center Honors in 1998, and she was named one of the greatest movie stars of all time by Premiere magazine and Entertainment Weekly. She also figures on the American Film Institute’s list of the 50 Greatest Screen Legends. She is survived by her three children Lori, Charlie and Susan.