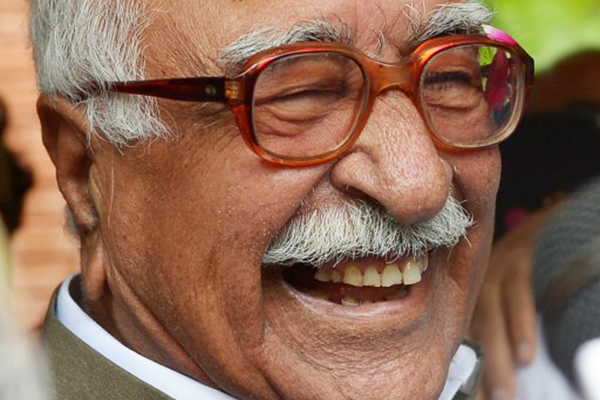 Federal buildings to go without air-conditioning from May 15.

The power-saving prescriptions of Mir Hazar Khan Khoso, Pakistan’s interim prime minister, aimed at reducing the federal government’s use of electricity kick in on Wednesday.

The caretaker government has ordered all air-conditioning in federal buildings to be turned off with effect from May 15, and remain so for the summer.

“The prime minister, in view of the ongoing power crisis in the country, has been pleased to direct that all air-conditioners in all [federal government] offices shall be turned off during office hours,” reads the notification from the cabinet secretariat. “There shall be no more use of air-conditioners in public offices till such time that [a] substantial improvement in [the] energy situation takes place.”

Pakistan is reeling from chronic power shortages with some parts of the country having no electricity for almost 12 hours daily.

Khoso’s government has also prescribed a dress code for federal government employees. “The prime minister has further been pleased to direct, in the interest of public service, that all federal government civil servants shall observe the following dress code during the summer season with a view to facilitate them in their workplaces when use of air-conditioners is discontinued:

The decision to discontinue air-conditioning was taken on May 8. The notification asked government staff “to make necessary preparations to observe the dress code above which shall come into effect May 15.” Compliance is mandatory: “All ministries/divisions are requested to follow the above instructions and inform all concerned for strict compliance within three days.”

A government led by Nawaz Sharif, whose Pakistan Muslim League (Nawaz) party swept the May 11 elections, is expected to be in place within the first week of next month.

We are back to Ziaul Haq’s Pakistan with all the senior civil servants looking like waiters.

A small step in the right direction… it seems to me.