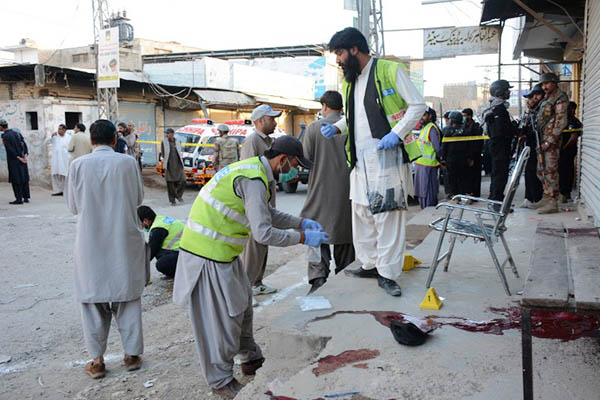 The incident occurred around sunset when two gunmen riding a motorcycle opened fire, killing two traffic police. Officers on patrol nearby heard the gunshots and rushed to the scene.

“They engaged the attackers in firing and killed them on the spot,” Abdul Razaq Cheema, a senior police official in the city, told AFP. He said that another militant on a separate motorcycle was wounded in the clashes before fleeing.

Ghulam Ali Baoch, home secretary of Balochistan province of which Quetta is capital, confirmed the incident and announced a reward of one million rupees for any information on the militants.

No group immediately claimed responsibility for the attack.

Islamist militants and separatist groups have waged violence in mineral-rich Balochistan, which borders Iran and Afghanistan, for more than a decade.

Balochistan is the largest of Pakistan’s four provinces but its roughly seven million people have long argued they do not get a fair share of its vast gas and mineral wealth.