Should India Ban its ‘Rent-a-Womb’ Industry? 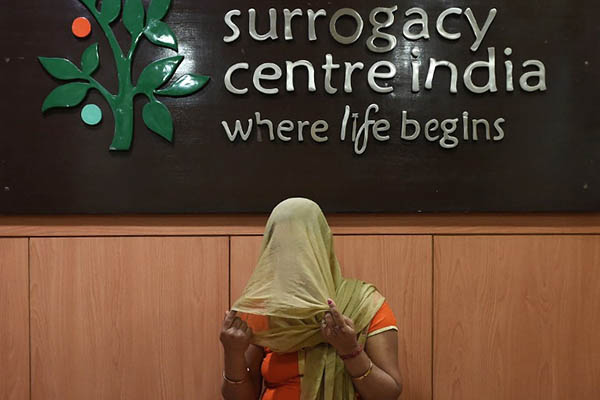 Professionals demand government regulate the industry instead of banning it outright.

Childless couples from around the world have been left in limbo after the Indian government revealed plans to ban them from the country’s booming multi-million dollar surrogacy industry.

The industry has exploded in recent years with thousands of infertile couples flocking to India, one of only a handful of countries offering cheap surrogacy using skilled doctors and with relatively little red tape. But the unregulated industry’s growth has sparked debate about exploitation of the 25,000 mainly poor Indian women whose wombs are hired to carry couples’ embryos through to birth.

After announcing plans last week for legislation banning commercial surrogacy, the government issued a notice to the country’s 350-odd fertility clinics, ordering them “not to entertain any foreigners.” The move sparked an outcry from fertility specialists, along with rallies by surrogate mothers, pressing the government to dump the decision in favor of strict regulation of the industry.

“Why should foreigners be discriminated against? We are all human beings,” said Nayana Patel, one of India’s leading IVF specialists. “I have been doing this for 11 years and it’s a beautiful arrangement. Banning it is not the answer,” Patel, who heads the Akanksha clinic in western Gujarat state, added.

Clinics scrambled to reassure confused and anxious foreigners who have already started the process, but others have been told to put their plans on hold. “We have told couples who are still at the very start to wait and watch what happens,” Patel said, adding her clinic has given such advice to 30 to 40 couples in recent days.

Two clinics in Mumbai were this week successful in getting the ban lifted temporarily for couples already expecting a surrogate birth, after taking legal action. But their lawyer Vikrant Sabne told AFP that the Bombay High Court’s order did not apply nationally.

Shivani Sachdev Gour, head of Surrogacy Center India in Delhi, said it was “logical” that parents already signed up be allowed to continue. “There are no guarantees but if they have started the process they should be able to keep going,” Gour said.

A health ministry official declined to comment until after the Supreme Court resumes hearing a lawyer’s petition later this month that seeks to shut down the “unethical” industry.

After arriving from Ireland this week, one couple said they were determined to go ahead, confident that since they already registered with a clinic, “our case holds up in a court of law.”

Unable to have children and born with a heart defect that rules out IVF treatment, the woman said they turned to India as a last resort after learning adoption was outlawed in Ireland for people with certain medical conditions. “Realistically this is our only option,” the 35-year-old from Cork, who did not want to be named, said at a Delhi clinic. “Ninety-nine percent of the children born this way will have a more loved life because their parents have made so much of an effort to have them,” her husband, also 35, added. “It would be madness to ban it.”

After opening up to surrogacy in 2002, India has become one of the world’s leaders, generating between $500 million and $2.3 billion annually, according to various estimates. Russia, the Ukraine and some U.S. states are among those that also allow commercial surrogacy. But India’s clinics charge couples between $20,000 and $30,000, a fraction of the price in the United States.

Thailand passed a law this year banning commercial surrogacy for foreigners after a series of high-profile scandals. Nepal’s top court also closed the doors in August, leaving dozens of expectant parents in turmoil, before the government stepped in, granting visas allowing them to take their babies homes.

India has steadily tightened its industry, barring gay couples and single people from using surrogates in 2012.

Currently, couples and surrogate mothers, many of whom live in shelters during pregnancy, sign a contract before starting the process. But research shows some surrogates do not receive a copy, while others do not understand its contents. Many women, some illiterate, have children of their own, but few have undergone a caesarean—commonly used in surrogate pregnancies—and are unprepared. Others are not paid the promised amount and lack health insurance if things go wrong, the Delhi-based Center for Social Research said.

But Manasi Mishra, the center’s head of research, said a ban would only force the industry onto the black market and out of reach of regulators. “The industry will go underground and the bargaining capacity of the surrogates will diminish even further,” Mishra told AFP.

For Manu Kami, the reasons for bearing another woman’s child were clear. Her husband earns 6,000 to 7,000 rupees a month as a cook, barely enough to feed their two young children. After being paid 300,000 rupees for her first surrogate pregnancy to an American couple, Kami could afford school fees and a new home. “It has one bedroom and a kitchen and a bathroom,” the 28-year-old said with a smile.