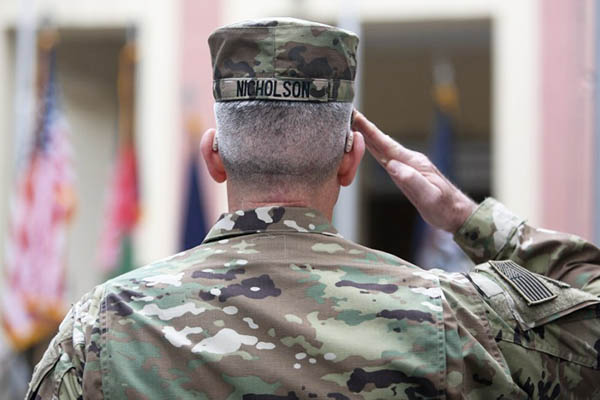 Since local Afghan National Defense and Security Forces (ANDSF) assumed responsibility for their country’s security, taking over from NATO forces at the start of 2015, U.S. troop numbers have dropped to 9,800—and are set to fall further still to 5,500 by next year.

“With fewer forces in theater, the United States military has lost much of its ability to make direct observations, provide tactical mentoring, and collect reliable information on ANDSF capability and effectiveness,” John Sopko, the Special Inspector General for Afghanistan Reconstruction (SIGAR), wrote in his quarterly report to Congress. Sopko’s report comes at a dangerously fragile time for Afghan security.

Despite 15 years of war, the Taliban remain a major threat and has hit local troops hard, including in the brief capture of the major city of Kunduz, jolting confidence Afghan government forces can hold their own. The United States estimates about 5,500 Afghan security forces were killed last year alone and, Sopko warned, no one seems to know exactly how many are left.

“More troubling is SIGAR’s assessment that neither the United States nor its Afghan allies know how many Afghan soldiers and police actually exist, how many are in fact available for duty, or, by extension, the true nature of their operational capabilities,” the SIGAR report states.

In addition, America’s shrinking presence means U.S. troops are less able to have an impact on the ground, while at the same time the capability of local forces has not risen to fill the gap. “The ANDSF will be increasingly left not only with their own capability gaps in air support, signals, intelligence, and other areas highlighted by U.S. commanders, but without the ability to call on U.S. and coalition military components for help,” the report states.

Sopko has been a vociferous critic of United States efforts to restore security to Afghanistan, especially through reconstruction. He has penned multiple reports blasting bureaucrats for shoddy record keeping and oversight, and has criticized the Afghan government for waste and corruption.

Spoko said Congress has appropriated approximately $113 billion for Afghanistan reconstruction. About $10 billion remains to be disbursed. “The reconstruction effort in Afghanistan is in a perilous state,” Sopko said. “Afghanistan has had the lead responsibility for its own security for more than a year now, and is struggling with a four-season insurgency, high attrition, and capability challenges.”

In all, the United States has spent about $1 trillion in fighting and reconstruction during the years it has been in Afghanistan. Some 2,200 U.S. lives have been lost in the longest war in U.S. history.