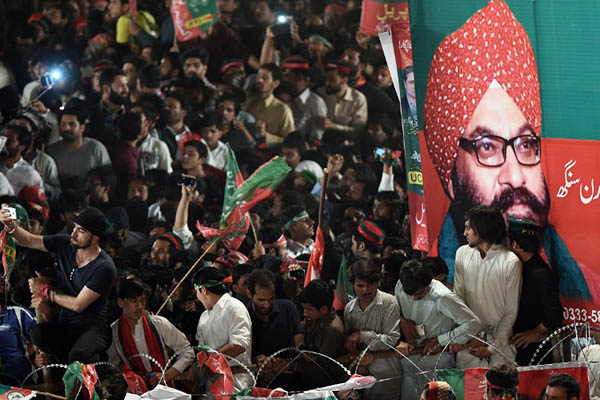 Hired assassins and not the Taliban murdered a Sikh politician gunned down last week in Khyber-Pakhtunkhwa province, police said Monday, adding they had arrested his Hindu rival who ordered the hit.

Gunmen on motorbikes opened fire on minority affairs minister Sardar Soran Singh’s car on Friday evening in the Buner district, killing him on the spot. The Pakistani Taliban, who are active in the region, claimed the killing the next day, sparking widespread condemnation from rights activists and fellow lawmakers.

But Azad Khan, a senior local police official, disputed the claim. “The Taliban’s claim is not true, he was killed because of a political dispute,” he said, adding that six people had been arrested in connection with the murder including two assassins and the alleged mastermind, named as Baldev Kumar.

Both Singh and Kumar were members of the Pakistan Tehreek-e-Insaf political party led by cricketer-turned-politician Imran Khan, which governs Khyber-Pakhtunkhwa.

According to police official Khan, Kumar was angry that he had been overlooked in favor of Singh for a party ticket in the 2013 elections, and had hoped that killing his rival would pave the way for him to become a lawmaker on the party’s quota for religious minorities.

The Pakistani Taliban routinely target minorities as part of their almost decade-long struggle to establish their rule over the country, and in 2011 gunned down Shahbaz Bhatti, a Christian who was federal minister for minority affairs. But they are also known to fabricate some claims in order to exaggerate their strength.