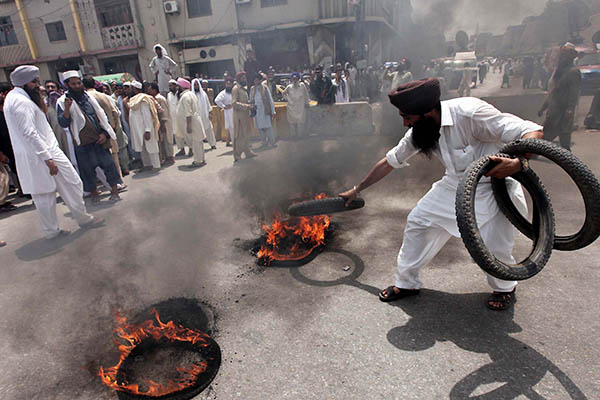 Senior police official confirms the attack was a target killing and says an investigation is currently underway.

Unidentified gunmen in the Nowtia area of Peshawar on Saturday opened fire on a Sikh trader, killing him on the spot, according to officials.

Harjeet Singh, 28, was at his herbal medicine shop when he was shot four times, said police. “Two unidentified gunmen on a motorcycle opened fire on Harjeet Singh and killed him on the spot,” said senior police official Faisal Shehzad. “It was a target killing,” he said, adding, “Some elements want to malign the image of Pakistan and have been targeting minorities in the region.”

According to Shehzad, an investigation is underway. “It will be premature to assume who was involved in the killing [at this point],” he added.

The gunmen fled after the shooting and no group has claimed responsibility for the attack so far.

Last month, unidentified gunmen opened fire on a group of Sikh men at a Peshawar market, killing one and injuring three others. Following the attack, protesters burnt tyres, blocked roads, and demanded the government ensure their safety and immediately arrest the gunmen.