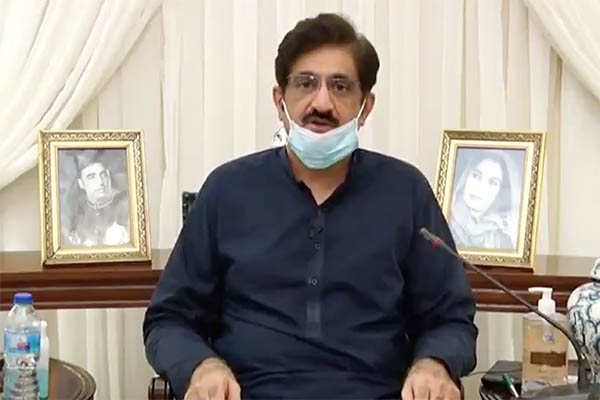 “In light of the rising number of coronavirus cases, and on the advice of medical professionals, we [Sindh government] have decided to take the difficult decision to limit congregational prayers in mosques,” said Shah, adding that he had discussed the prevailing situation with President Arif Alvi who had assured him that his 20-point agreement with ulema was based on ground realities. He stressed that this decision did not violate the federal government’s agreement with the ulema.

“The president said it is up to the provincial government,” said Shah, adding that Alvi had also tweeted out a clarification of the government agreement that explicitly stated that if infections and deaths spiked—or there were indications of the situation worsening—the government could alter the terms.

According to Shah, Sindh province would observe a strict lockdown every Friday between 12 p.m. and 3 p.m. that would ban all movement of people as well as barring congregations of more than five people in mosques.

He said the decision had been taken in light of recommendations from doctors, who had warned that the rapid spread of COVID-19 would worsen in the next two weeks and large gatherings of people should be avoided to curb it.

“I hope the indications we are seeing are wrong,” said Shah, adding that the decision to limit congregational prayers could be reconsidered in a week or two if the government successfully limits the spread of the virus.

The chief minister also announced that small traders, who had been struggling due to ongoing lockdowns, had been allowed to offer home delivery of their products as part of measures to allow economic activity alongside movement restrictions.

Earlier on Thursday, President Alvi had posted on Twitter that the conditions under which congregational prayers have been allowed in mosques included a clause that entrusted the provincial governments to implement their lockdowns or decide on conditions under which prayers would be held in mosques. He also urged people to “pray at home,” telling a private broadcaster anyone who went to mosques must be aware that it carried a risk of infection.

Representatives of the Pakistan Medical Association from both Sindh and Punjab provinces have come out strongly against congregational prayers in mosques at this time, warning that the country’s healthcare infrastructure is already nearing its limit and cannot sustain a massive spike in COVID-19 infections.