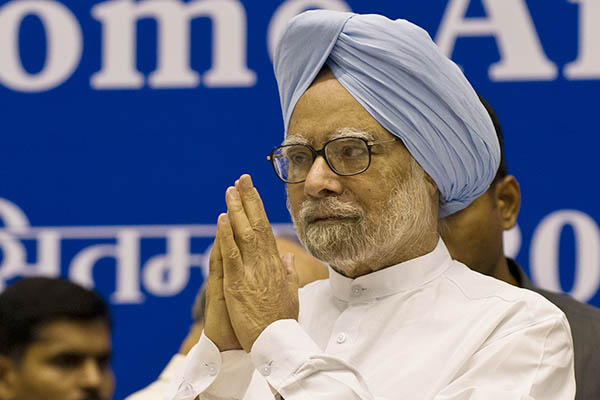 Indian prime minister confirms he will meet his Pakistani counterpart on sidelines of U.N. General Assembly.

Indian Prime Minister Manmohan Singh confirmed Wednesday he will meet his Pakistani counterpart Nawaz Sharif on the sidelines of the U.N. General Assembly, after raised tensions between the neighbors.

“During my visit to New York, I … look forward to bilateral meetings with the leaders of some of our neighboring countries, including Bangladesh, Nepal and Pakistan,” Singh said in a statement before leaving for the United States.

The meeting had been in jeopardy after five Indian soldiers were killed in August along the de facto border that divides disputed Kashmir, an ambush that Delhi blamed on the Pakistan Army.

Islamabad denied any responsibility for the ambush, which sparked weeks of tensions and deadly military skirmishes between the neighbors over the Himalayan territory, which both countries control in part but claim in full.

Since winning an election in May, Sharif has been vocal in his desire for better relations with India, but the recent flare-ups along the Line of Control (LoC) in Kashmir have overshadowed the prospects.

The meeting, which local media have said is expected to take place on the weekend, raises hopes of improved relations, including a resumption of stalled peace talks. A deadly flare-up along the LoC in January brought a halt to official peace talks that had only just resumed.

Discussions were suspended for three years after the 2008 attacks in Mumbai which killed 166 people and which India blamed on Pakistani militants.