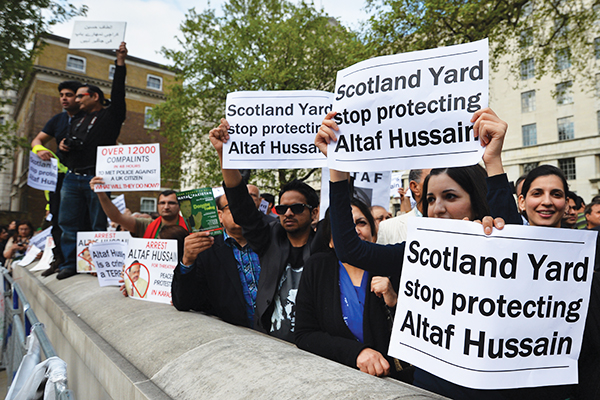 Reports of the imminent demise of the Muttahida Qaumi Movement may not be greatly exaggerated. Last week, the BBC ran a report confirming the widely-held misgivings about the MQM, which it described as one of the “most feared political organizations.” Fear of the MQM knows no borders. The report also aired the concerns of British M.P.s who were fretfully circumspect about wanting action against MQM presence in London—for fear that they or their families may be attacked. Former MQM members told the BBC that the party was also routinely involved in murder. The secular party’s Farooq Sattar appeared on the BBC debunking the earlier report and suggested the news organization was toeing the Taliban’s line. With Scotland Yard investigating the murder in London three years ago of a former MQM lieutenant as well as money laundering claims against MQM founder Altaf Hussain, self-exiled in the U.K. since 1991, the developments are grave and leave fewer than otherwise in the party’s corner. (After British police found hundreds of thousands of pounds at one of Hussain’s homes, he offered to resign from the party on “moral grounds” but withdrew that sop almost immediately.) The newly-elected federal government is bracing for the worst if Hussain is arrested. It fears that Karachi, which the party dominates, could be napalmed by his mournful supporters.