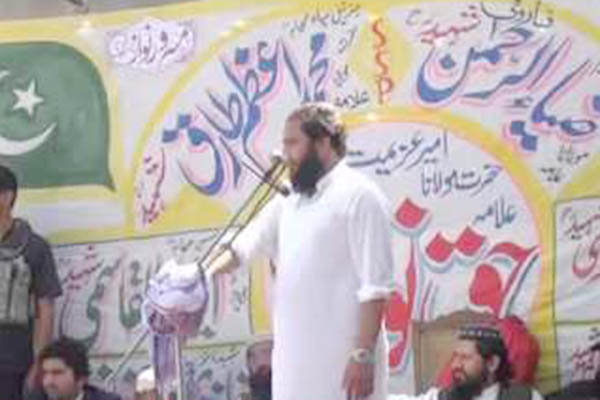 Pakistan should beware the normalization of militant groups.

Because of the Sahaba killing spree throughout the 1990s, the organization was banned as a terrorist organization in 2012, only to be reinstated as ASWJ by the Supreme Court in 2014. It gave birth to two terrorist outfits, Lashkar-e-Jhangvi and Jaish-e-Muhammad, who later aligned themselves with the Islamic State and Al Qaeda, respectively. South Punjab and its powerful seminaries are ruled by the SS-ASWJ combine. In 1993 Sahaba won one MNA and two MPA seats. Today no one can govern in South Punjab without entering into a tacit diarchy with the sectarian party whose current leader Ludhianvi recently called Shia Muslims apostates during a TV discussion.

Masroor Jhangvi says he won because of his late father’s reputation. But Pakistan should be scared of what might happen next. Last year in October, a Sahaba suicide-bomber killed 25 Shias during Muharram in the district of Jacobabad in Sindh. It was learned that the terrorist organization had shifted its headquarters to Sindh and was focused on killing Shias in Karachi, the city with the largest population of the community in Pakistan.

Huma Yusuf, a scholar who has researched the growing strength of Sipah-e-Sahaba in Sindh, writes: “By some estimates, sectarian groups have enlisted approximately 25,000 members across the province outside Karachi. The northern districts of Shikarpur, Khairpur and Ghotki, closest to the sectarian groups’ original bases in Punjab, are at the highest risk.”