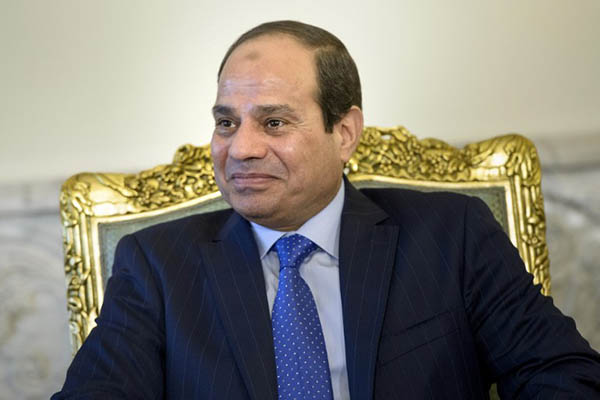 Egyptian President Abdel Fattah al-Sisi praised U.S. president-elect Donald Trump and said he expected greater engagement in the Middle East from his administration, in an interview with Portuguese media.

The former Egyptian army chief had strained relations with outgoing President Barack Obama’s administration, which had temporarily suspended military aid after Sisi toppled his elected predecessor in 2013. “Personally I respect and appreciate” Trump, Sisi said according to an English translation of his remarks to Portuguese news agency LUSA published on Saturday. “I believe that president-elect Trump will be more rigorously engaged with the issues of the region,” he said.

Trump’s tough-on-terrorism rhetoric has appeal among Egyptian officials, as the country faces a jihadist insurgency that has killed hundreds of policemen and soldiers. The insurgency took off after the military overthrew Islamist president Mohamed Morsi in 2013, unleashing a deadly crackdown on supporters.

Sisi, who had met Trump in September in New York, downplayed Trump’s calls to ban or extremely vet Muslims entering the United States. “We have got to draw a distinction between the rhetoric that takes place within presidential campaigns and the real and actual administration of a country after the inauguration of a president,” he said.