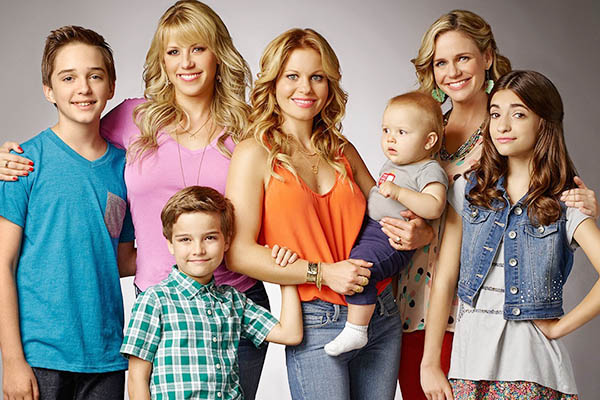 The cast of ‘Fuller House.’ Netflix

The television industry is in the midst of a sea change but one format hasn’t varied in 70 years—and yet remains a favorite among American viewers. The sitcom still brings the same bag of tricks: recurring characters and sets, with humorous storylines often punctuated by laughter.

Television dramas have become ever more sophisticated in recent years, from the zombie apocalypse of The Walking Dead to medieval power struggles in Game of Thrones. Yet the most-watched television show in the United States last season (not including sports programming) was The Big Bang Theory—a sitcom in its 10th season on the airwaves. Other sitcoms like Modern Family, The Goldbergs and Black-ish are renewed season after season by U.S. broadcasters, while newcomers this year included Kevin Can Wait and Man With a Plan.

“The genre is still alive and well and I expect it to be for quite some time,” said Martie Cook, a screenwriter and professor at Emerson College. She attributes the sitcom’s longevity to two factors: the comedy and stories “that are very much in line with our everyday lives.”

Sitcoms are built around families—whether they are a nuclear family, an extended clan or a close but unrelated group of people, said Doug Smart, a director and producer who shoots a sitcom every year with students at tiny Asbury University in Wilmore, Kentucky. The secret is “to create family members that members of the viewing audience can relate to”—like an elderly uncle or an annoying coworker, he said.

With the growth of free video content, niche programs and personalized viewing on smartphones, sitcoms play an important role in bringing families together. “It’s that 30 minutes or one hour of the day where you can sit with your kids,” said Candace Cameron Bure, star of the Netflix series Fuller House, a reboot of 1980s classic Full House.

Even millennials can be drawn to sitcoms with their short episodes and relatable plots. “They may love fantasy, and the genres like Game of Thrones and drama, but they like their comedies to be more true to life, more everyday situations that they can relate to,” Smart said. “Love, betrayal, awkwardness, uncomfortableness, embarrassment… things that ring true to them.”

Another key to the success of sitcoms: they are relaxing to watch. “We sit down and we get a break from the stress of our lives. And we laugh, because it’s funny,” Cook said. “Human beings love to laugh.”

“Sometimes, I want to just sit and laugh at something. I don’t want to think too hard. And that’s what Fuller House is all about,” Cameron Bure told journalists in New York.

Actors and writers stress that a lot of hard work goes into creating a product that seems so light. “It can be a blow to the ego” when jokes fall flat, said Justina Machado, star of One Day at a Time, another Netflix remake of a decades-old sitcom, which is also filmed in front of a live audience.

Cook points out that sitcoms can play an important role in society. Under the guise of light entertainment, the shows can pose serious questions and prompt viewers to ponder weighty issues.

Six years before gay marriage was legalized throughout the United States, Modern Family was featuring Mitchell and Cameron, a gay couple with an adopted child. And last February, an episode of Black-ish addressed the issue of police brutality against black Americans.

When social justice demands are raised “in a funny way, people are more open to listen to them,” Cook said. Added Smart: “As long as it’s entertaining and it’s done with good humor and good taste, the audience will say yes, of course, let’s talk about this, let’s examine this, this doesn’t seem right.”

Pakistan Has a Lot to Learn from China,...