Six Children in Hangu Killed While Playing With Grenade 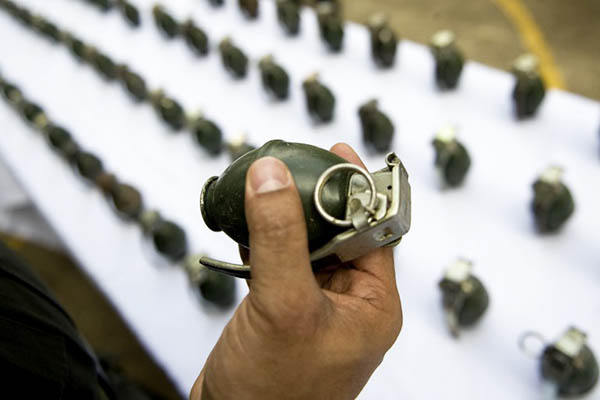 The explosive was found in a field near the children’s home.

Six children from the same family were killed and one injured Sunday while playing with a hand grenade in northwest Pakistan, officials said.

The children, aged five to 12, were playing near their house in the town of Hangu when the grenade exploded, said local police official Hussain Badshah. “Five boys and one girl were killed in the blast. One other child was injured,” said Iftikhar Ahmed, the district police chief. Syed Ahmed Jan, a senior local administration official, added: “The children were playing with a hand grenade they found on nearby open ground.”

Badshah said the girl and three of the boys were siblings, while the two other boys were their cousins. The family had migrated from the neighboring Orakzai tribal agency where the military is battling the Taliban.

Hangu is regularly targeted by militants. A Pakistani schoolboy from a nearby village sacrificed his life to stop a suicide bomber, saving the lives of his classmates earlier this month.

IHC Declares Marriages Under-18 as ‘Unlawful’