by AFP and Newsweek Pakistan September 6, 2013 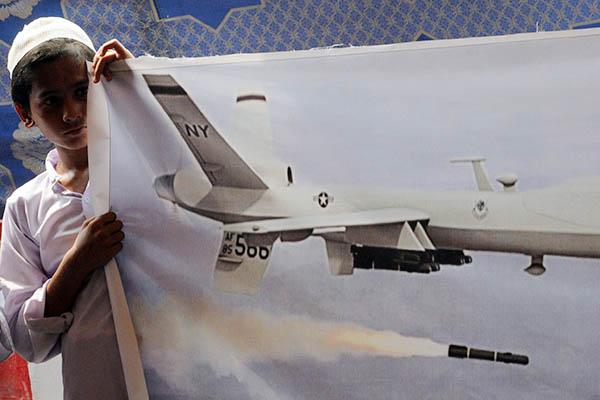 Official claims all those killed in early morning attack were members of Haqqani network.

The attack took place in Dargah Mandi, about 10 kilometers from Miranshah, the main town in North Waziristan tribal district, along the Afghan border.

Responding to the strike, the Government of Pakistan condemned it in a statement that added such “unilateral strikes are a violation of Pakistan’s sovereignty and territorial integrity.”

“The government of Pakistan has consistently maintained that drone strikes are counterproductive, entail loss of innocent civilian lives, and have human rights and humanitarian implications,” according to the statement, which highlights the “negative impact” the strikes have on the relationship between Pakistan and the U.S.

U.S. drone attacks are deeply unpopular in Pakistan, but Washington views them as a vital tool in the fight against Taliban and Al Qaeda militants in the lawless tribal areas along the border with Afghanistan. The Pakistani government has repeatedly protested against drone strikes as a violation of its sovereignty and there has been a decrease in their use.

During a visit to Islamabad at the start of August, U.S. Secretary of State John Kerry suggested that drone strikes targeting Taliban and Al Qaeda operatives in Pakistan could end “very soon” as the threat of militancy recedes.