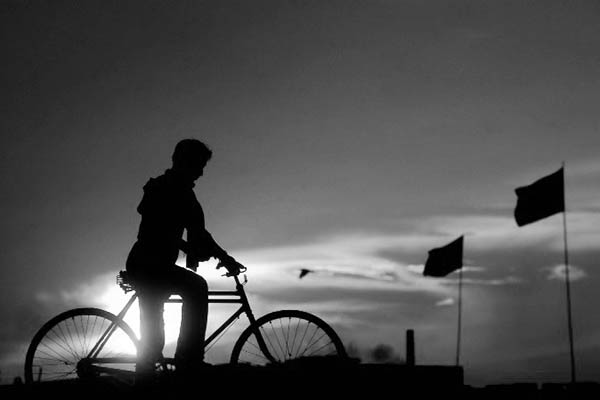 Cyclist was traveling through Balochistan after entering Pakistan from Iran when gunmen attacked him.

At least six Pakistan Levies personnel were killed on Wednesday while escorting a Spanish tourist as he cycled through the highly volatile Balochistan province, officials said.

The cyclist and his escort of local tribal police were ambushed in Mastung district. Balochistan, which borders Iran and Afghanistan, is one of Pakistan’s most unstable provinces, rife with separatist and Islamist militants and plagued by sectarian bloodshed. Kidnappings for ransom are common in parts of the province and Western hostages could be expected to fetch a high price.

“The local tribal police officials were escorting the Spanish cyclist after he entered Pakistan from Iran when gunmen attacked him,” said a senior local administration official, Shafqat Sehwani. Six security personnel were killed and five wounded in an exchange of fire, he said, adding that one militant had also been killed in the crossfire. The cyclist, whose name was not immediately available, suffered only minor injuries.

In March last year two Czech women were abducted as they traveled through Balochistan from Iran, and they remain missing. A video of them asking their government to work for their release was aired in October. The Pakistani Taliban held a Swiss couple captive for more than eight months after abducting them from Balochistan in 2011. They were found safely in March 2012 in circumstances that remain unclear.

Wednesday’s incident took place near the scene of a bomb attack on a bus that killed 24 Shia pilgrims who were returning from Iran on Tuesday.

Separately, police on Tuesday evening found the body of a Shia Muslim close to the Iran border two days after he was abducted, said the top local administration’s official doctor Akbar Harifal.