Six Months of War in Yemen 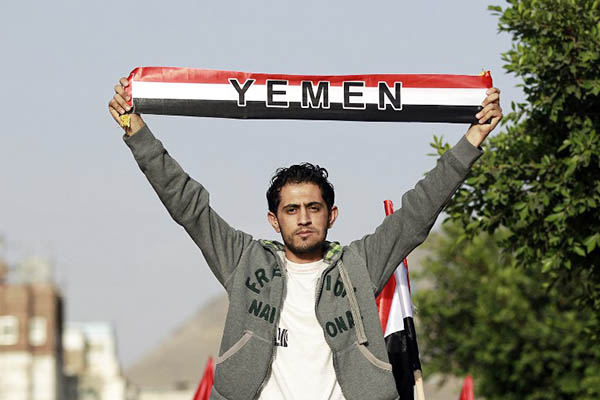 Key dates in the Saudi-led intervention designed to prevent rebels from taking over the Gulf state.

In March, a Saudi Arabia-led coalition intervened in Yemen after Iran-backed rebels overran the capital Sanaa and advanced on Aden, the second biggest city. The operation was launched in support of President Abedrabbo Mansour Hadi, who returned to Aden on Tuesday after six months of exile in Riyadh, in a bid to prevent the Houthi rebels from taking control of the whole of the country after having seized the capital and vast swathes of territory.

Since March the airstrikes and fighting on the ground have left an average of 30 dead and 185 injured per day, including many civilians, according to the U.N., which has spoken of a humanitarian disaster.

On March 26, Saudi Arabia began Operation Decisive Storm with airstrikes on the rebels after forging a coalition of nine countries to defend embattled Hadi. Iran opposed the intervention. A month later, on April 21, Riyadh said that it had suspended the military campaign, but resumed strikes a day later.

In response, Houthis bombarded the Saudi border town of Najran on May 5, killing several people in their first such attack since the coalition operation began.

On June 16, Al Qaeda confirmed its chief in Yemen, Nasir al-Wuhayshi, was killed in a drone strike, and named military chief Qassem al-Rimi as the regional affiliate’s new leader. On June 17 more than 30 people were killed and dozens wounded in simultaneous bombings claimed by the Islamic State group at Shia mosques and offices in Sanaa. The attacks came almost three months after Islamic State extremists carried out multiple bombings against Shia mosques in the capital, killing 142.

On July 17, the exiled Yemeni premier announced the “liberation” of the province of Aden after more than four months of fighting. On July 22, pro-government forces, backed by Saudi airstrikes, strengthened their hold on Aden. With the airport and port back in loyalist hands, the coalition is able to ship in growing amounts of humanitarian aid.

A third ceasefire broke down on July 28 after five days, with coalition jets hitting rebel positions north of Aden. On Aug. 15, loyalist forces retook a fifth southern province, extending gains against the rebels still in control of the capital.

On Sept. 4, an arms depot explosion that the rebels said was a rocket attack killed 52 soldiers from the United Arab Emirates, along with 10 Saudi troops and five from Bahrain.

Thousands of heavily equipped Arab soldiers from the Gulf have been sent to Yemen, notably from Qatar and Saudi Arabia. On Sept. 13 forces loyal to Hadi, backed by the Saudi-led coalition, launched a major ground offensive against rebels in the province of Marib, east of the capital.

On Sept. 16, Prime Minister Khaled Bahah and seven of his ministers traveled to Aden, from where they said they would conduct the country’s business. On Sept. 21 thousands of rebel sympathizers thronged Sanaa to celebrate a year since the city’s seizure, despite a relentless campaign of Saudi-led strikes.

On Sept. 22 Hadi returned to Yemen after six months in exile in Saudi Arabia.