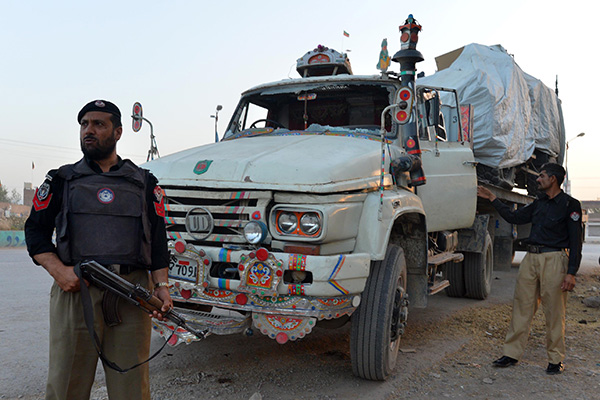 The vehicles were patrolling the Matani area, 25 kilometers south of Peshawar, when they came under attack. The province is on the frontline of a seven-year Taliban insurgency and borders the semiautonomous tribal belt, where U.S. drone strikes target Taliban and Al Qaeda operatives.

“Militants used rockets and small arms and an exchange of fire continued for about 15 minutes,” a military official said. Six soldiers embraced “martyrdom” and two were wounded, he said, adding that at least four militants were also killed.