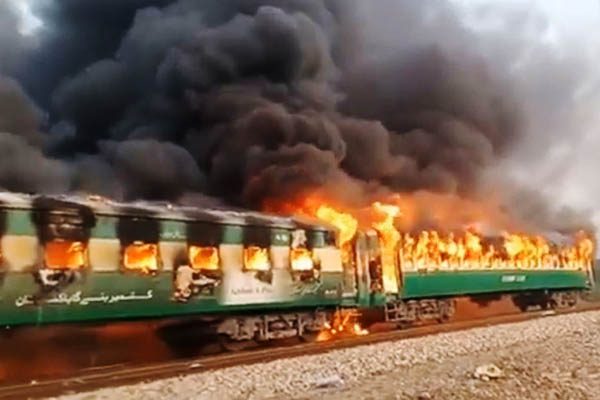 Following an inquiry, the six senior officials were suspended from service over alleged negligence

The Railways Ministry on Monday suspended six officers from their posts for allegedly showing negligence that resulted in the Tezgam Express tragedy last week.

At least 75 people died and over 40 others were injured after a fire broke out on the train traveling from Karachi to Rawalpindi.

The Railways Ministry, following the fire, had blamed passengers for cooking breakfast on a gas stove that they had brought on board against regulations. Several eyewitnesses had meanwhile claimed the fire was instead caused by a short circuit in the train.

There had been widespread calls for the resignation of Railways Minister Sheikh Rasheed Ahmed following the disaster, but he had said he would only do so if an inquiry found him personally responsible. He had announced compensation of Rs. 1.5 million for the families of the deceased and Rs. 0.5 million for the injured.