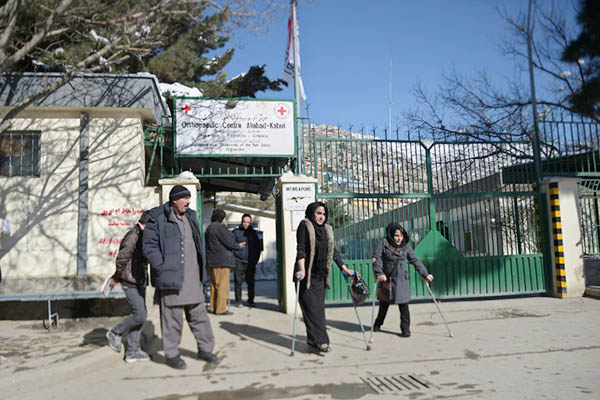 Two other Red Cross workers were missing following the ambush in the volatile province of Jowzjan, in one of the worst attacks on the international charity in the country for years. Their convoy, comprising three drivers and five field officers, came under fire while they were carrying much-needed livestock materials to a remote area badly affected in recent days by heavy snowfall.

“This is a despicable act,” said Monica Zanarelli, head of the International Committee of the Red Cross in Afghanistan. “Nothing can justify the murder of our colleagues and dear friends.”

No militant group has so far claimed responsibility for the killings, but Jowzjan police chief Rahmatullah Turkistani blamed local Islamic State fighters. “Daesh fighters are active in the area,” he said. “We had previously repeatedly warned them not to go to such dangerous areas under Daesh control.”

Turkistani said the bodies of the six workers had been brought to a provincial hospital. Some of them had multiple bullet wounds and had been shot from close range in the head and chest, Fraidoon Habib, director of the hospital, told AFP.

The brazen attack comes at a time when Afghanistan is in dire need of humanitarian assistance, with more than 100 people killed in recent avalanches and tens of thousands displaced by the wrenching conflict.

The ICRC, which has been working in Afghanistan for decades, said it was putting its operations on hold, but there were no plans for now to withdraw staff. “We now need to analyze what happened, and we will then make our decisions as to how we are going to move forward,” Dominik Stillhart, ICRC’s director of operations, told AFP. “The humanitarian situation in Afghanistan is dire. We are one of the few organizations that is present throughout the country, and we will do everything we can to maintain our response in Afghanistan.”

ICRC president Peter Maurer denounced the killings as a “huge tragedy,” saying it appeared to be a deliberate attack on the charity’s staff. “These staff members were simply doing their duty, selflessly trying to help and support the local community,” Maurer said.

Aid workers in Afghanistan have increasingly become casualties of a surge in militant violence in recent years. The latest killings come after a Spanish employee of the ICRC was abducted on Dec. 19 when the charity’s workers were travelling between northern Mazar-i-Sharif city and the volatile Taliban hotbed of Kunduz. He was released nearly a month later.

“Humanitarian staff are neutral and impartial, and their lives must be protected—not targeted,” said Ana Locsin, Afghanistan country director for Save the Children, condemning the Red Cross killings.

The Taliban, the largest militant group in Afghanistan, said they were not behind the attack. Jowzjan is infested with insurgent groups and rife with armed struggles between competing pro-government militias.

Islamic State jihadists are seeking to expand their presence in the country despite a U.S.-backed government offensive against their strongholds in eastern Afghanistan. The group has claimed responsibility for a suicide bombing at the Afghan Supreme Court in Kabul on Tuesday, which killed at least 22 people and wounded 40 others.