Six Sentenced to Death for Lynching of Sri Lankan Kumara 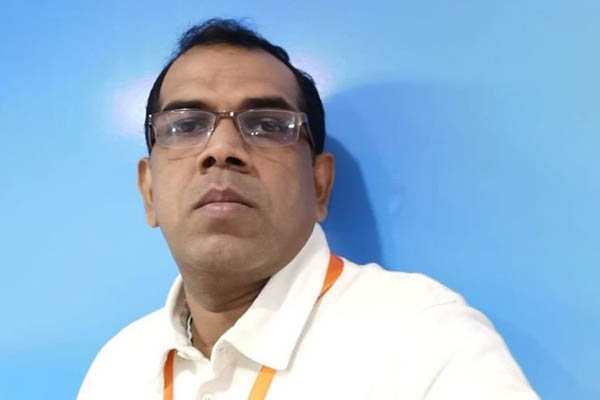 A photo of victim Priyantha Kumara

A Gujranwala Anti-Terrorism Court on Monday sentenced six men to death for their role in the brutal lynching of Sri Lankan factory manager Priyantha Kumara, who was assaulted by an enraged mob after being accused of committing blasphemy.

Kumara, 48, had been employed at Sialkot’s RajCo Industries Factory for over a decade, and was lynched over blasphemy allegations on Dec. 3, 2021. Following his murder, the mob desecrated his body and set it on fire. In March, after three months of investigation, police filed charges against 89 suspects, nine of them minors.

According to a press release issued by authorities, the prosecution produced 43 witnesses, including eyewitnesses, to prove the charges against the accused. It said that the prosecution had relied on eyewitness accounts, forensic, audio, video and documentary evidence to prove their case, adding that the trial court had subsequently provided ample opportunity to the accused and their advocates to defend themselves.

Of the 89 men under trial, six—Taimoor, Abdul Rehman, Muhammad Irshad, Ali Husnain, Abu Talha, Muhammad Humair—have been sentenced to death under Section 302 of the Pakistan Penal Code (capital punishment), and Section 7 (punishment for acts of terrorism) of the Anti-Terrorism Act, 1997. They would also be required to pay Rs. 200,000 each in compensation to the legal heirs of the deceased.

Kumara’s brutal killing had elicited widespread condemnations from government officials and human rights bodies. Then-prime minister Imran Khan, in December, had announced he was personally overseeing the investigations and had vowed to ensure “all those responsible will be punished with full severity of the law.” The Chief of Army Staff, likewise, described the murder as “extremely condemnable and shameful,” and stressed that such “extrajudicial vigilantism” could never be condoned.

Then-special representative to the P.M. on Interfaith Harmony Tahir Ashrafi had also emphasized that Islam does not allow for incidents such as the mob lynching of Kumara. However, he had rubbished calls for reforms of the blasphemy laws, claiming the controversial legislation actually “protects” people accused of blasphemy and reduces the possibility of them being extra-judicially murdered.

It is also important for Punjab govt to change the labour policy to avoid such explosion of anger at work place. It is equally important to address why do they hire foreigners in small and medium sized industries on permanent posts, while local youth with equivalent degrees and experience remain unemployed? These youth face carrier stagnation and face frustration for they have no platform available to them to voice their frustration and anger. On the other hand manufacturing clusters like that of textile in Sialkot in order to get more business are free to hire foreign managers on the will of foreign buyers. This whole practice has to stop if we want to end these incidents.