Home Lightbox Skin in the Game

Skin in the Game 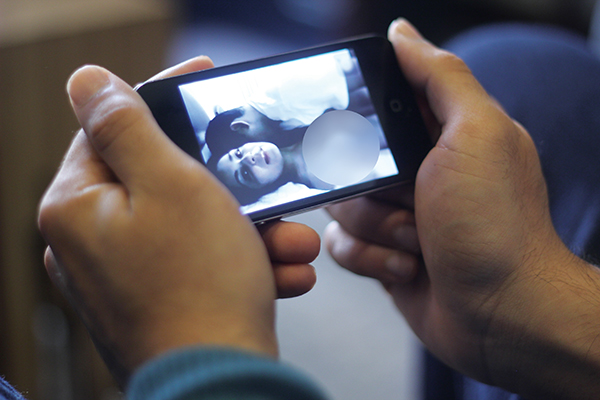 Lollywood siren Meera finally has top billing—in Pakistan’s first ever sex-tape scandal. The fully-monty video of Meera and her husband, pilot Naveed Pervaiz, hit the Internet on Jan. 7. Three days later, the pearls-clutching Pakistan Telecommunication Authority had blocked multiple sites carrying the clips. But the footage, believed to have been shot earlier this month, is still being shared with viral intensity through cellphone apps. The intimate video shows the 36-year-old actress issuing prurient instructions to her husband and adjusting the camera to ensure they remain in frame. The day after the footage leaked, Meera spoke to ARY News and denied ever making the video. “It seems someone has really polished it to make it look very real,” she said. Husband Pervaiz said that the “doctored” sex tape is a desperate attempt to keep Meera from building a hospital in her mother’s name. If only we knew the budding philanthropist, he said, it would be obvious that Meera would never do such a scandalous thing. Unfortunately, after having watched the clips, hundreds of thousands of Pakistanis know Meera a little too well.

Always ignore any story/comment related to Meera. You will feel happiness.

In a culture as hypocritical as that of Pakistan, where religion is used by the elite beaurocrats/army/clergy to achieve political ends and money, where intense ignorance runs rampant, and poverty is supreme leading the common man to commit all kinds of desperate acts, and where honest, true and hard-working people are trampled beneath the feet everyday, what else do you expect.

But in the end, this is what the people deserve, for their refusal to unite and overthrow this corrupt system, and correct themselves. In this environment, Meera and her sex tape are hardly an issue. There are MUCH bigger atrocities being committed in this country. First correct them.

This is a great sign of progress, well done Meera and Pervaiz! Even though it’s a hoax it’s still a first. Shabash!!