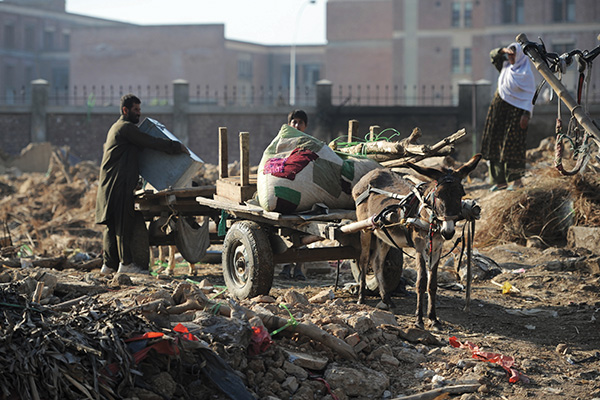 Citing security concerns and judicial support to overcome likely public outrage, Pakistan’s capital has declared war on slums and illegal settlements within its limits. The Capital Development Authority has marked 14 illegal settlements—housing tens of thousands of people—for demolition in the current phase. Largely populated by Afghan refugees, menial laborers, and religious minorities, previous administrations saw the slums as an unavoidable and irresolvable problem. However, after recent terror attacks in the capital, the authorities have vowed to crack down on the settlements, which they say house extremist elements. Rights activists say the CDA is motivated more by greed than safety, noting that no resettlement plan is in place for the thousands who will be left homeless. Most of the slums are also located on prime real estate that can be commercially developed if its residents are vacated. But the slum dwellers are refusing to back down without a fight. “If they say they will crush us, we will stand in front of them,” said one resident, adding that he had no guns but he would not abandon his home.