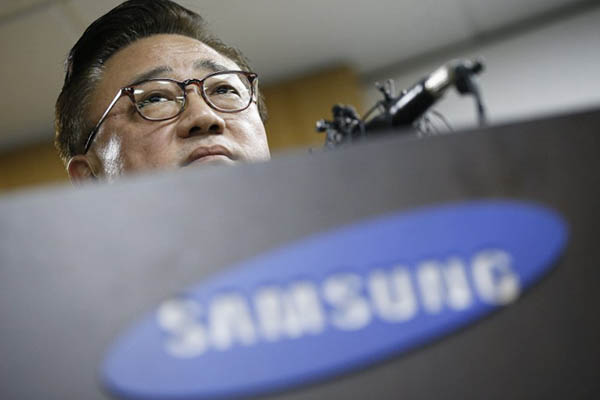 Note 2 device, which was not part of a recent recall of faulty devices, started emitting smoke in passenger’s luggage.

A smoking Samsung phone sparked alarm on an Indian flight on Friday, the airline said, weeks after the manufacturer recalled 2.5-million units of its latest model when batteries began catching fire while charging.

Airline IndiGo said it had dealt with an incident involving “minor smoke” coming from a Samsung Note 2 device in a passenger’s hand luggage on a flight from Singapore to the southern Indian city of Chennai. The phone was not the same model as that involved in the recall.

“IndiGo confirms that a few passengers traveling on 6E-054 from Singapore to Chennai noticed the smoke smell in the cabin this morning and immediately alerted the cabin crew on board,” the airline said in a statement. “[The crew] observed smoke being emitted from Samsung Note 2 which was placed in the baggage [of a passenger] in overhead bin.”

Crew used a fire extinguisher before submerging the phone in water and the plane made a normal landing.

The world’s largest maker of mobile phones recalled 2.5-million units of its top-of-the-range model, Note 7 after its batteries began catching fire while charging. The recall has put fresh pressure on Samsung, which is already squeezed by competition from Apple in the high-end market and Chinese rivals in the low-and mid-end segment.

Initial Report on PIA Crash to be Made...