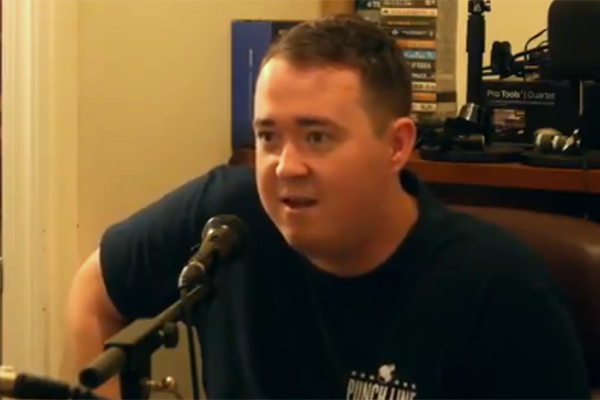 Videos of Gillis using the derogatory term “chinks” and making homophobic comments triggered a rapid backlash and were widely shared following Thursday’s announcement that he had been signed as a new cast member.

The language used by Gillis was “offensive, hurtful and unacceptable,” a spokesperson for producer Lorne Michaels said in a statement sent to AFP. “We were not aware of his prior remarks that have surfaced over the past few days,” it said, adding: “We are sorry that we did not see these clips earlier, and that our vetting process was not up to our standard.”

Gillis said he understood the decision, writing in a statement on Twitter that he “would be too much of a distraction” on the NBC show due to the controversy. “I’m a comedian who was funny enough to get SNL. That can’t be taken away,” he said.

The offensive comments were made during the recording of Matt and Shane’s Secret Podcast. The videos have been removed from the podcast’s YouTube channel, but continue to circulate on social media. One clip had been viewed more than 4 million times on Monday.

In the conversation, Gillis and co-host Matt McCusker discuss the origins of the Chinatown neighborhood. Gillis repeatedly mispronounces noodles as “nooders” and performs a mocking imitation of a Chinese waitress unable to understand his order.

In another, Gillis describes two prominent comedians as “faggot comics.”

Gillis, seen as a rising star on the U.S. stand-up comedy circuit, said in an earlier statement that he was “happy to apologize to anyone who’s actually offended” but that he was a “comedian who pushes boundaries.” The clips provoked fury on social media, with many noting that Gillis had been hired at the same time as Bowen Yang, the show’s first full-time Asian-American cast member. Yang is of Chinese heritage and gay.