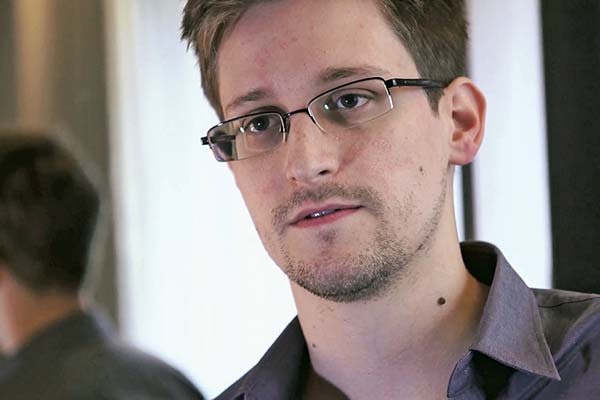 The Intercept is collaborating with other media organizations to expand disclosures from Snowden archives.

The full cache of secret documents from former U.S. intelligence contractor Edward Snowden is being opened to journalists and organizations willing to work with the news organization holding the archive.

The Intercept, the news site launched by journalist Glenn Greenwald—who was part of the team that first interviewed Snowden in 2013—announced on Monday that it would “invite outside journalists, including from foreign media outlets, to work with us to explore the full Snowden archive.” The move could vastly increase the disclosures from Snowden, who fled the United States with a trove of documents detailing vast surveillance programs by the NSA and other intelligence agencies from around the world.

“From the start of our reporting on the archive, a major component of our approach has been to partner with foreign [and other American] media outlets rather than try to keep all the material for ourselves,” Greenwald said. “We have collectively shared documents with more than two dozen media outlets, and teams of journalists in numerous countries have thus worked with and reported on Snowden documents,” in addition to other media outlets with some documents such as The Washington Post, The New York Times, ProPublica and the Guardian.

Greenwald said that under an agreement with Snowden, the journalists reporting on these documents must agree to certain rules. “There are still many documents of legitimate interest to the public that can and should be disclosed,” he said. “There are also documents in the archive that we do not believe should be published because of the severe harm they would cause innocent people.”

Greenwald said The Intercept has already begun to provide archive access to French daily Le Monde and other media outlets, and added that “we are excited by the reporting this new arrangement will generate.”

The Intercept also on Monday released dozens of internal newsletters from the National Security Agency including one highlighting the secret agency’s role in interrogation of Guantanamo prisoners. The report said the NSA’s role had not been previously disclosed in the interrogation of prisons rounded up and held at U.S. naval base in Cuba suspected of collaboration in attacks on the United States.

The documents showed the NSA had a liaison official “responsible for interfacing with the… interrogators on a daily basis in order to assess and exploit information sourced from detainees.” The U.S. administration of George W. Bush began bringing prisoners to Guantanamo in 2002 following the attacks of September 11, 2001.

The Intercept released 166 copies of the NSA’s Signals Intelligence Directorate newsletter called SIDtoday, with some redactions, and promised to publish more covering nine years of editions from the archive. “The SIDtoday documents run a wide gamut: from serious, detailed reports on top secret NSA surveillance programs to breezy, trivial meanderings of analysts’ trips and vacations, with much in between,” Greenwald said. “Many are self-serving and boastful, designed to justify budgets or impress supervisors. Others contain obvious errors or mindless parroting of public source material. But some SIDtoday articles have been the basis of significant revelations from the archive.”

The NSA did not respond to an AFP query about the latest release.

Snowden, who is charged with espionage and the theft of state secrets, has been living in Moscow since the release of the documents.