Home Lightbox So Close, Yet So Far Away

So Close, Yet So Far Away 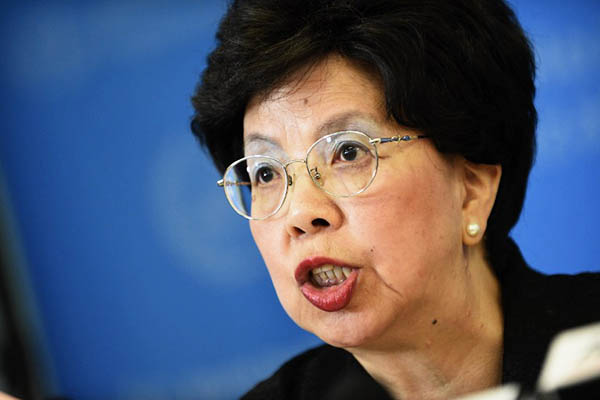 The global fight against polio stumbles—thanks to Pakistan.

Polio would have been a problem of the past had it not been for Pakistan. That’s the takeaway from the World Health Organization’s recent statement on the sidelines of the U.N. General Assembly.

“Let me state the obvious. Pakistan is the single most important stumbling block along the road to ending polio, once and for all,” said Dr. Margaret Chan, director-general of the health organization. Polio, she said, remains “a public-health emergency of international concern.” Chan also noted that Bangladesh, Indonesia and India had attained polio-free status, that the crippling and potentially fatal disease is “on the verge of eradication” in Nigeria, and that “80 percent of the world’s population now lives in a polio-free country.”

Pakistan remains a problem. “Right now, a massive polio outbreak is sweeping across the country,” she said. “These figures are dramatic.” Pakistan now accounts for some 90 percent of the world’s polio cases, 166 of the 178 reported so far. New cases began surfacing and spreading across the country, and beyond its borders, in early May. The virus spread from Pakistan to China, in 2011, and most recently to Syria. As a result, about five months ago, WHO advised states to impose restrictions on travelers from Pakistan, Syria and Cameroon.

Both the federal government and the Khyber-Pakhtunkhwa administration stepped up anti-polio efforts in recent months, especially after the travel restrictions. Vaccination counters were set up at airports, border checkposts, state-run hospitals, at camps for Pakistan’s internally-displaced. In August, Islamabad announced a vaccination program for over 700,000 children in the restive tribal agencies, but officials conceded the campaign would not be able to achieve a success rate above 60 percent.

Chan acknowledged Pakistan’s achievements against polio over the past year. “Political and local leaders in Peshawar proved last spring that OPV campaigns can be run without a security incident,” she said. “Local military commanders in Khyber Agency showed that all children could be reached and vaccinated in that area … Pakistan actually showed that despite the challenges, their children can also be reached, through innovations and a sense of common purpose.” WHO wants these “local success stories” to be “coordinated and scaled up into a national eradication effort, conducted in a full-force emergency mode” failing which, Pakistan would “seed outbreaks and set back progress elsewhere.”

The United Arab Emirates, Saudi Arabia, the Bill & Melinda Gates Foundation are among those who have rushed to Pakistan’s aid. In Khyber-Pakhtunkhwa and the tribal belt especially, the anti-polio campaign is viewed with suspicion. This mistrust, reified by the international support for the campaign, has led to violence. Since December 2012, nearly 56 people, including health workers and policemen guarding them, have been murdered by militants.

Dr. Hamid Jafari of WHO’s Global Polio Eradication Initiative says the anti-vaccination propaganda in Pakistan being the problem may be overblown. In his view, the greater problem is access—to the 34 million children under the age of 5 who have to be vaccinated in Khyber-Pakhtunkhwa and the tribal areas. “The sheer scale of the logistical challenge is significant,” he told Newsweek in March, adding that while the mindset against the vaccine does not help, actual immunization-refusal rates remain low, less than 0.5 percent.

“We know the priority: to improve the program’s reach to the most vulnerable children of Waziri communities, and those living in Peshawar and Karachi,” said Chan. “We are so near to polio eradication globally, yet so very far away, in just one country.” Failure is not an option since the stakes, she rightly noted, are too high for the rest of the world.

Dear pakki friends do not take polio vaccination is against Islam. You are great Muslims in the world