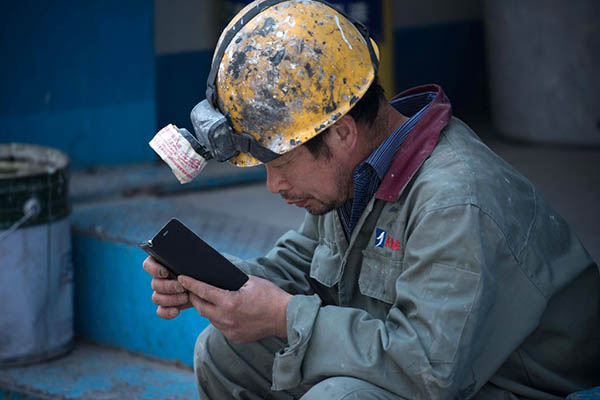 The fledgling initiative has sparked fears the authoritarian state is tightening its grip on an already heavily monitored public, ensuring that only those strictly adhering to Communist Party values can prosper.

The scheme, which China’s State Council wants to roll out nationwide by 2020, aims to assess individual actions across society effectively standardizing conduct through rewards and deterrents. “It’s a new type of totalitarian society control that allows officials unparalleled scrutiny over every minute of everyone’s life,” warned dissident writer Ye Du.

But so far, experts say there is no unified system in place and cities and villages have different criteria for measuring good or bad behavior or “trustworthiness” as well as varying incentives and punishments. Those with “good credit” have better chances of securing a government job or a prized seat at a public kindergarten for their toddler in Beijing. But in the small city of Qinhuangdao, the reward for good behavior is a “model citizen’s certificate” and a free annual medical check-up.

“One big myth is that there will be a single score for all citizens,” said Jeremy Daum, a Chinese law expert at Yale. “Social credit isn’t really about a credit score at all, in fact it’s…a vague idea that covers a wide variety of regulations—the unifying feature in them all, to the extent that there is one, is that keeping records will help make people more honest and reduce misconduct,” he wrote on his blog China Law Translate, that collates all government documents relating to the system.

Shazeda Ahmed, a Ph.D. student at Berkeley who is studying China’s social credit system, agreed explaining that currently there is only a “hodgepodge of local pilot projects without any clear definitions of what a nation-wide system would look like.” He added: “The government is itself unsure and is still in the process of figuring out what such a system can accomplish and what its limits are.”

In 2018, authorities banned millions with bad social credit from taking flights or trains, according to the National Public Credit Information Center. Chinese actress Michelle Ye Xuan was among those affected.

Ye was stopped from boarding a flight in March for failing to follow a court order after being found guilty of defaming a former lover of her then-boyfriend. Her Beijing-based publicist said the ban was lifted after the court told her to apologize.

There are no clear rules around what the punishments are for those who fall foul of the social credit systems, and there is no easy way to check an individual rating. “A major issue with China’s current social credit experiments is that most people aren’t notified before being blacklisted,” said Zhu Lijia, professor of public management at the Chinese Academy of Governance. “There is also a lot of confusion about what can get you on a blacklist.”

In one case, a man in Beijing was ordered to plant 65 trees for chopping down 13 poplar trees without local government permission.

Several villages in east China’s Shandong province had “trustworthiness rankings” displayed at the entrance to each house last year before a community backlash halted the scheme. In Suzhou—an industrial hub near Shanghai—a pilot project now offers a mobile phone app for citizens to check their social credit status.

Officials have been at pains to explain the social credit system will not violate citizens’ legal rights or limit access to public services, such as schools or hospitals. “The system will not be used to punish individuals,” Lian Weiliang, vice chairman of the National Reform and Development Commissions, China’s top economic planner, said in June. But rights activists warn that when combined with China’s mass-surveillance apparatus, the social credit system could become a lethal weapon to silence dissent.

“This system will only exacerbate inequalities and deter critical voices,” said Patrick Poon, a researcher at Amnesty International. It also raises privacy concerns, since it’s not always clear what data is being collected about individuals and companies or for how long it’s stored.

China had about 176 million video surveillance cameras monitoring its streets, buildings and public spaces in 2016—compared to 50 million in the United States, according to data provider IHS Markit. By 2022, that number is expected to reach 2.76 billion, a huge figure even in a country of 1.4 billion people.

While the current systems lack cohesion, critics fear there is huge scope for a unified system, which controls everyday life. The state is also working on plans to roll out a new nationwide social credit system for businesses this year, which—among other requirements—could make both foreign and domestic companies install surveillance cameras in their premises and share the data with the government.