Soldier Among Three Victims of Unprovoked Indian Fire Along LoC 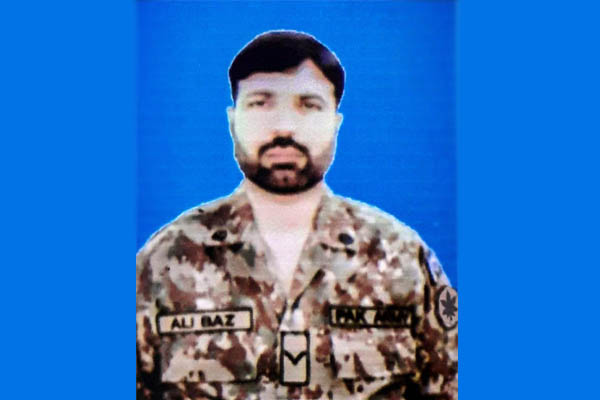 In statement, military’s media arm says the casualties occurred in the Kailer and Rakhchikri sectors

A Pakistan Army soldier was martyred and two civilians killed after the Indian Army initiated unprovoked ceasefire violations in the Kailer and Rakhchikri sectors along the Line of Control dividing Pakistan and India, the ISPR said in a statement on Thursday.

According to the military’s media arm, Indian troops targeted Pakistan Army posts with automatic and heavy weapons in Kailer Sector. “Pakistan Army responded effectively,” it said, adding that there were reports of heavy losses to Indian troops in both men and material. “During exchange of intense fire, Lance Naik Ali Baz, 34, resident of District Karak, embraced shahadat,” it added.

Meanwhile, in Rakchikri Sector, the ISPR said Indian forces “deliberately targeted the civilian population.” It said that the indiscriminate firing in Kirni village resulted in a 16-year-old-girl and a 52-year-old woman being killed, while a 10-year-old boy and 55-year-old woman were injured.

According to Pakistan’s Foreign Office, India has, thus far this year, committed 913 ceasefire violations along the Line of Control and the Working Boundary dividing the two rival nations.

On Wednesday, Chief of Army Staff Gen. Qamar Javed Bajwa warned the Indian Army would always get a “befitting response” to ceasefire violations along the LoC.

According to an ISPR statement, the Army chief was visiting the LoC when he delivered these remarks. Earlier, he was briefed about the latest violations by Indian forces “deliberately targeting innocent civilians along LoC” and the Army’s response.

In a series of tweets, the military’s media wing said the COAS had lauded officers and men for continued vigilance and professionalism. “Blatant atrocities by Indian occupation forces on innocent Kashmiris and unethical targeting of civil population in [Pakistan-administered Kashmir] is unacceptable,” it quoted Gen. Bajwa as saying. Such provocations are “a threat to regional peace and stability,” he added.

“Pakistan Army shall protect innocent civilians along LoC and defend honor, dignity and territorial integrity of motherland at all costs,” he said.

During his visit, the Army chief also acknowledged the strict adherence to COVID-19 protocols and the “proactive assistance” provided by troops to Government of Azad Jammu and Kashmir in its fight to curb the spread of the virus. “Army will continue to support the national effort against the pandemic,” Bajwa added.