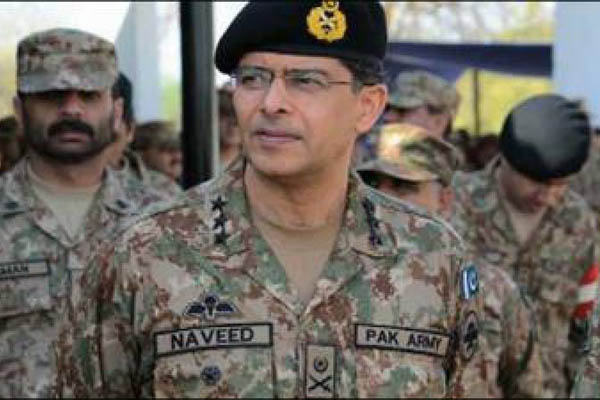 The head of the Inter-Services Intelligence (ISI), Lt. Gen. Naveed Mukhtar, visited Kabul on Tuesday on the heels of a high-level Pakistan Army delegation led by Chief of General Staff (CGS) Lt. Gen. Bilal Akbar. The military sortie follows a parliamentary delegation led by National Assembly Speaker Ayaz Sadiq, who visited Kabul over the weekend. These exchanges are useful, as they allow each side to hear differing perspectives, especially as both Kabul and Islamabad are filling the domestic information space with diatribes against each other.

Kabul-Islamabad relations are currently at their lowest ebb due to two extreme scenarios. Pakistan claims the spy agencies of India and Afghanistan have been bribing militant groups such as the Pakistani Taliban to cause mayhem here. Meanwhile, Kabul often issues a stream of similar agitprop about Islamabad’s alleged maintenance of terrorist safe havens for the Afghan Taliban that still retain control of nearly half of Afghanistan.

The irony is that both designate the Taliban as their enemy and should be working together against the militant group. However, the biggest current fallacy in the formal dialogue between the two neighbors is the label of “common enemy.”

The Tajik-Uzbek north of Afghanistan was never fond of Pakistan because of the latter’s blatant partiality for Pakhtun warriors during the Soviet invasion; but today the Pakhtun of Afghanistan too think that Pakistan is behind their tribal brethren’s murderous rampage. On the Pakistani side, the capture of Taliban spokesman Ehsanullah Ehsan has been followed by his “confession” that all terrorists including Taliban and Islamic State are being funded by Kabul and New Delhi to kill innocent Pakistanis. Given that the world inclines more toward Kabul’s position—sadly corroborated by the scandal of “Dawn leak” in Pakistan—Islamabad is wisely initiating contacts with Kabul instead of communication through hostile propaganda.