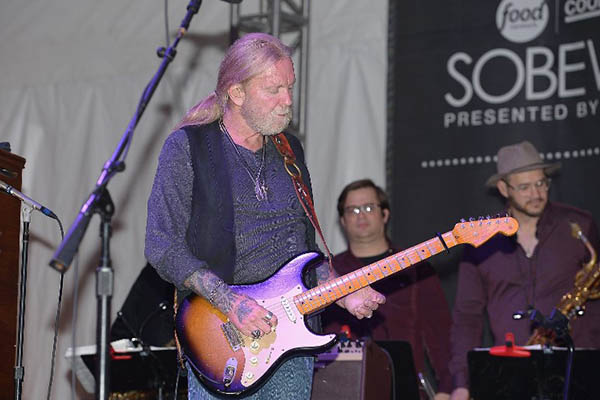 Gregg Allman, the powerfully bluesy and hard-jamming singer and songwriter who co-founded the Allman Brothers Band and emerged as a pioneer of Southern rock, has died at the age of 69.

Allman died peacefully at his home in Savannah, Georgia, according to a statement posted Saturday on his website. No cause of death was immediately given, but the statement said he had “struggled with many health issues over the past several years.”

Allman, who played keyboard and guitar and sang with a rich, growling voice, was diagnosed with hepatitis C in 1999 and underwent a liver transplant in 2010, Billboard reported on its website. Allman’s older brother Duane, a co-founder of the group and legendary guitar player, died in a motorcycle accident in 1971 at the age of 24, just as the band was enjoying its first big taste of success.

The group’s music merged blues, jazz, country and rock with a meandering improvisational style that made jamming at concerts one of their trademarks.

Gregg Allman, known for his gentle manner and long blond hair parted in the center, went on to front the band on his own for decades after his brother’s death. The group was popular particularly in the 1970s.

Billboard said that since Nielsen Music began tracking point-of-sale music purchases in 1991, the Allman Brothers Band has sold 9.3 million albums in the United States. The group’s best-known hits include “Whipping Post,” “Midnight Rider,” “Melissa” and “Ramblin’ Man.” A 22-minute version of “Whipping Post” was a highlight of the group’s popular 1971 live album At Fillmore East.

Allman struggled for years with heroin addiction and substance abuse and went into rehab several times before getting clean in the 1990s. As a member of the band he was inducted into the Rock & Roll Hall of Fame in 1995. And in 2012, also along with the rest of the band, Allman received a Grammy award for lifetime achievement.

“I have lost a dear friend and the world has lost a brilliant pioneer in music,” Allman’s longtime manager and friend Michael Lehman was quoted as saying in U.S. media reports. “He was a kind and gentle soul with the best laugh I ever heard. His love for his family and bandmates was passionate as was the love he had for his extraordinary fans.”