Home Lightbox Speaking Too Much 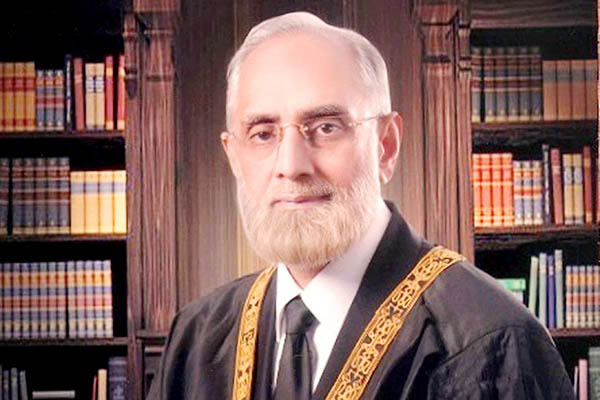 How effective was Chief Justice Anwar Zaheer Jamali’s tenure in the Supreme Court of Pakistan?

The outgoing 24th Chief Justice of Pakistan, Justice Anwar Zaheer Jamali, was a capable leader of the Supreme Court, true to his background of revered spiritual forefathers. In line with his parting tendency, however, his farewell remark on Thursday was: “Corruption is rampant in national institutions”. In response, his successor Chief Justice Saqib Nisar reassuringly asserted “the judiciary would cope with all the challenges facing democracy.”

Not too long ago, during Chief Justice Iftikhar Muhammad Chaudhry’s tenure, the Supreme Court became controversial due to its intrusion into areas that most observers thought were political rather than judicial. Before that, Chief Justice Sajjad Ali Shah also cut across the line that sets the judiciary apart from the political structures set up under the Constitution. How did the Jamali Court fare?

Compared to past excesses, this court did very well. The old obstacles to justice—the brawling mainstream political parties, the spat between the incumbent party and the Army, etc—remain, but the growing supremacy of media that all the actors on the political stage try to woo added a new wrinkle. Here, it must be conceded, the Jamali Court succumbed to some extent by talking too much “quotably” instead of “letting the judgments speak”; and the bench at times became too talkative for its own good. Partly for that reason, it was dragged into the politics of the Panama Papers case.

Barrister Ali Ahmad Kurd, a former president of the Supreme Court Bar Association, came on TV to declare that he didn’t think the Jamali tenure was really outstanding. Despite the fact that Justice Jamali took care to speed up the process of justice, the infamous backlog continues to haunt. Reforms within the lower judiciary overseen by the chief justice are also lacking: provinces continue to provide poor selection and substandard training to new entrants into the magistracy, and miscarriage of justice for the common man has continued. Chief Justice Saqib Nisar may well find more challenges awaiting him than he expects.

Much ado about nothing