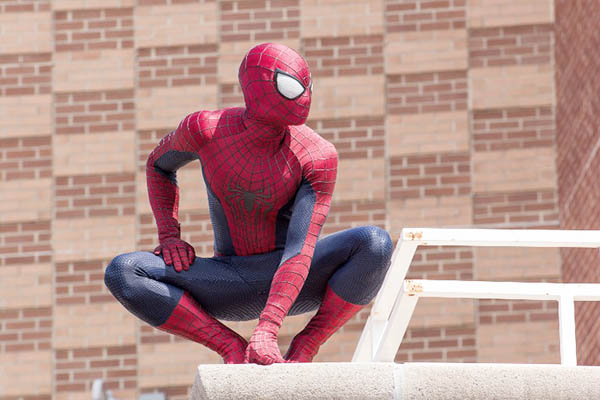 Marvel Studios and Sony Pictures have reached an agreement to share iconic superhero.

Spider-Man could soon join fellow Marvel film superheroes on the big screen, under a deal announced by the studios behind the characters.

“Spider-Man is one of Marvel’s great characters, beloved around the world,” said Bob Iger, chairman of the Walt Disney Company, which owns Marvel Studios, announcing the deal Monday. “We’re thrilled to work with Sony Pictures to bring the iconic web-slinger into the Marvel Cinematic Universe, which opens up fantastic new opportunities for storytelling and franchise building.”

Under the deal, Sony Pictures will release the next installment of its $4 billion Spider-Man franchise, on July 28, 2017. The two companies are also exploring integrating Marvel characters into future Spider-Man films.

Doug Belgrad, head of Sony Pictures Entertainment Motion Picture Group, said the two studios “share a love for the characters in the Spider-Man universe and have a long, successful history of working together. This new level of collaboration is the perfect way to take Peter Parker’s story into the future,” he added, referring to Spider-Man’s alter ego.

2012’s The Avengers—bringing together Iron Man, Captain America, the Hulk, Thor, Hawkeye and the Black Widow—was the third biggest-grossing movie ever, earning over $1.5 billion worldwide, according to Box Office Mojo. The sequel, Avengers: Age of Ultron, is due out in April around the world, and on May 1 in the United States.

The five Spider-Man films constitute the most successful franchise in the history of Sony Pictures, taking in more than $4 billion worldwide, according to the company.