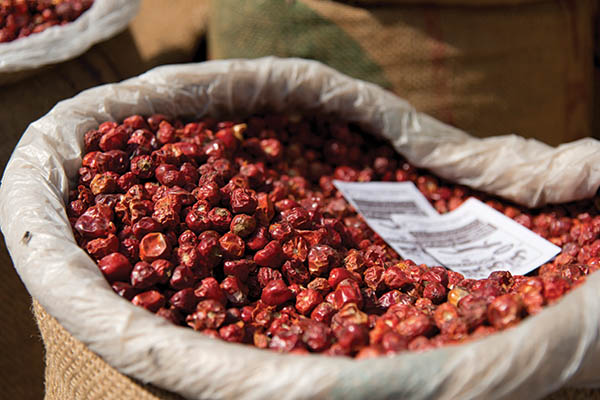 Only a writer with Anissa Helou’s skill and gravitas would undertake a book as ambitious as her recently published Feast: Food of the Islamic World.

Helou is regarded as one of the grand dames of Arab cuisine—and for good reason. This latest offering contains over 300 recipes spread over 500 pages, each supplemented with beautiful photographs. It is more than a conventional cookbook; it is a culinary journey through a number of worlds, known generically by outsiders as “the Islamic World.”

The book skillfully traverses kitchens from Morocco to Indonesia, alighting in Senegal, Nigeria, and Tanzania, and incorporating countries in the Middle East and South Asia.

Alongside her superb recipes, Helou includes stories associated with the consumption of food as part of native culture, constructing a colorful kaleidoscope of the food culture of the Muslim world. In modern times, it is all the more important to preserve and to share these stories. They vividly demonstrate the rich and diverse multiplicity of the Islamic world, from the earliest times until today’s cuisine. Islam, like its many sects, is the sum of individual local tastes and its cuisines are similarly diverse.

Helou’s book begins in the 10th century when Abu Mohammed ibn Sayyar reputedly wrote the first Arab cookbook Kitab al Tabikh, under commission of a gourmet patron in Aleppo. Then, Muslim empires were divided among the various caliphates like the Fatimids of the Maghreb and Seljuks in Turkey, each with their own cuisines. Over time, these culinary influences were refined and perfected in the royal Ottoman kitchens and in lesser courts that dotted the world.

The book is full of interesting anecdotes, such as how chefs were once hired based on their skill in cooking rice. For novice cooks, the way you cook rice determines how you make everything else. If you get your rice right, everything else will follow.

Some of these anecdotes—which range from historic to contemporary—are about places one can no longer freely travel to, such as Syria. That is why it is critical to highlight the cultures that once influenced the world, even if today they are more synonymous with political unrest and turmoil. Syria is just one such example: did you know it was famous for its ‘sour cherry kebabs’? Or that in Morocco, Friday is known as seven vegetable couscous day?

It probably helps that Helou personifies the ethnic and cultural diversity that is the heart of her book. Born to a glamorous Lebanese mother and a Syrian father, she had many different lives herself—consulting for Sotheby’s in Middle Eastern Art, then transitioning into cookbook writing, travel and photography. When she isn’t cooking, she travels frequently, dividing her spare time between Sicily and London. 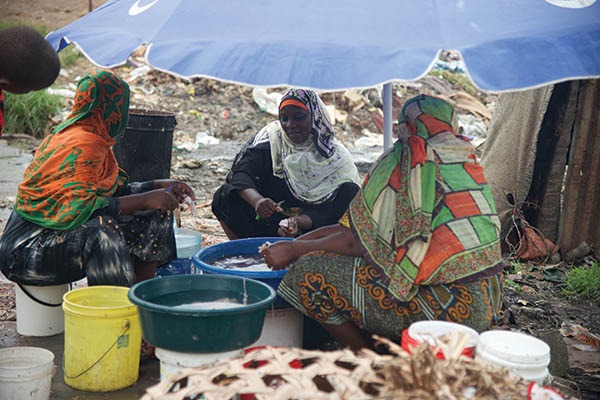 This well-lived, full life is readily apparent in her recipes. She describes with relish seven different ways of preparing a biryani—Emirati, Hyderabadi, Qatari, Lucknawi, Malabari and Indonesian. Each of the recipes highlights stories that indicate the breadth of her research. Many of these she gathered, like fresh herbs on trips, to and from literature festivals. During a week spent in Lahore while attending the Lahore Literary Festival in 2016, she visited several local markets, returning from each trip with armfuls of recipes of the local cuisine.

Her wry sense of humor and obvious enjoyment and interest in food is an inspiration to everyone she encounters. In Lahore, she wandered around the markets, tasting such street specialties as aloo cholay, the madrassas or local pickles, and finger-burning naans straight from the tandoor outside the Wazir Khan Masjid. The spiritual capital of Pakistan features in her book through the recipes for the chicken curry dish prepared at her host’s home and the Shahi Haleem she saw simmering in copper vessels in the old City.

Ask any chef and they’ll tell you the test of good food is not in the making, but in the recipe and the ingredients. To test Anissa’s Feast book, I decided to try out her recipes with an Iranian friend. He made a Lebanese dish—spicy, baked fish in a tahini herb sauce—drizzled with pine nuts; I opted for something less exotic—lentil Adas pulao from Iran. Through the mere act of cooking foods from these separate nations, we had already begun our journey along the spice route that once united Asia, Northeast Africa and Europe.

That evening’s meal brought home to all of us around the table the message enshrined in Anissa’s book—cultures have porous borders, and food is a universal gift. Her book succeeds in evoking the splendor of Islamic culture through its food, no less relevant or splendored as it’s more storied art and literature.

And just in case you are wondering what to serve your family over Eid-al-Azha? Anissa has the answer: a two-page guide on the best way to roast a camel’s hump. Nw

Aijazuddin currently lives in Washington, D.C. with her family and works in international development