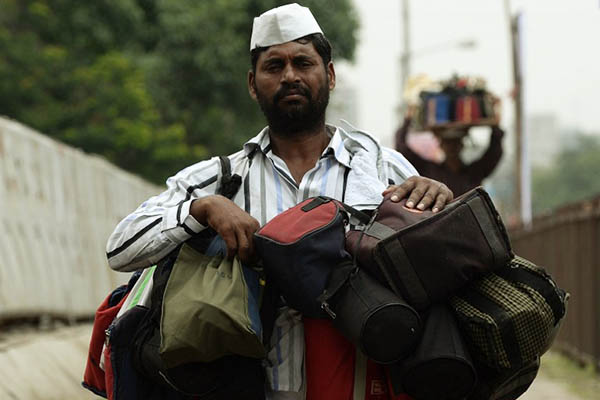 Variety the spice of life for Mumbai’s tiffin carriers.

Mumbai’s world-renowned tiffin service is no longer the preserve of loyal housewives cooking up generations-old family dishes to be delivered to their husbands’ offices by the city’s famous “dabbawallahs.” Now a host of health-conscious young start-ups are using—and sometimes superseding—the dabbawallahs to deliver lunches catering to all diets, with tailored menus offering an array of global cuisines online.

The 5,000 or so lunchbox delivery men, instantly recognizable by their white cotton uniforms and Nehru caps, pedal through Mumbai’s congested streets carrying everything from Thai to Mexican, as well as healthy takes on local favorites.

“The number of tiffins [meals] being sent by food companies has gone up sharply in the past few years,” said Raghunath Medage, president of Mumbai’s dabbawallah union. “The share of homemade food we carry has fallen from 100 percent to around 60 percent, and we expect that number to keep dropping,” he told AFP.

Dabbawallahs, literally meaning “box carriers,” have been plying Mumbai’s streets for well over a century. They featured in the hit 2013 Indian film The Lunchbox centering on the story of a wife whose home-cooked meals were collected by a dabbawallah and then delivered, incorrectly, to a stranger’s office rather her husband’s.

But now many of the meals inside the tin containers that clatter against each other as they hang from the dabbawallahs’ rickety bicycles are handpicked on the Internet by busy professionals enjoying a wealth of choice.

Yummy Tiffins, which proudly bills itself as “India’s first customized online tiffin service,” allows users to design their own menus from around 40 dishes for every day of the week up to a month in advance.

“We wanted to fill the gap between a tiffin service, which has the same old pattern of food, and a restaurant, where you can order whatever you want, by providing customers with a choice of options that still have a homely feel,” said founder Pratik Jain. “There’s a lot of variety in the menu, not just Indian food but international too, and plenty of healthy options as well,” the 29-year-old former management student told AFP.

The website, which Jain says has around 300 users a day and is growing at around 70 percent a year, has teamed up with a nutritionist who designs low-calorie meals to attract health-conscious customers. “It’s a competitive business with lots of players in the market. It’s much more professional now with several tech-savvy start-ups, and people keep switching from one tiffin service to another,” said Jain.

Tina Parikh, an office worker in the south of the city, said she orders from a company called SoulCare because it allows her to focus on her job. “It’s purely about convenience. Early in the morning, to cook meals and then come to work gets a little tiring,” she said, collecting her tiffin from a handcart. Her friend Vinayak Azad has stuck to home-cooked food but joked that he may consider switching to one of the many low-calorie alternatives whipped up by professional chefs that are on offer.

“There are a lot of good services around and I think I should try them considering my tummy is still out even with home food!”

Yummy Tiffins employs Mumbai’s famously efficient dabbawallahs who deliver lunches to around 200,000 people a day via trains, bicycles and handcarts using a complex color-coded alpha-numeric system admired the world over. Their business model has been recognized by Harvard as working to a “six sigma” rating, meaning it is virtually unheard of for a lunch to be delivered to the wrong place.

But some caterers are moving away from the dabbawallahs in favor of private delivery vans.

Maqsood Patel, co-founder of Foodizm, another online meal delivery firm, said his company was increasingly opting for a concierge service to ferry lunches to their “elite” clientele. “They deliver the meals right to the customers’ desks, whereas the dabbawallahs often drop them at the front gate and you have to go downstairs to look for your meal,” said Patel. “Also, since they travel by train there can be a three or four-hour gap from the time a dabbawallah collects the meal to the time it’s delivered. Obviously with the food traveling in the heat something like a salad can go a little bit off,” he added.

Patel said the drivers’ English was often better than that of the dabbawallahs who hail from rural Maharashtra and speak Marathi, making it easier to communicate, while customers can also use a mobile app to track the progress of deliveries.

But Medage, president of the Nutan Mumbai Tiffin Box Suppliers’ Association, is unconcerned. “We are still getting fresh recruits from villages because not many opportunities exist there. With hard work they can make at least 10,000 rupees a month instead of nothing back home.”

Suresh Pawar, a dabbawallah for 12 years, said: “The number we deliver goes up and down. When one stops here, another starts somewhere else.”