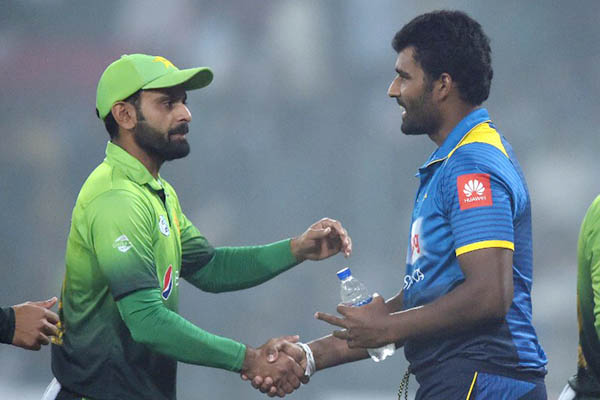 Sri Lanka is planning to send more teams to Pakistan after playing a Twenty20 match in Lahore for the first time since a gun attack eight years ago, a top official said on Tuesday.

Sri Lanka Cricket chief executive Ashley de Silva said the national team was impressed with the extraordinary level of security for the match at the Gaddafi Stadium on Sunday. “They delivered the security they promised and we were very satisfied with all the arrangements,” de Silva told reporters in Colombo a day after the team returned home.

He said the board would send junior sides to Pakistan soon and the senior side would follow as soon as possible. “Our FTP [Future Tours Program] does not include Pakistan, but we will have one as soon as possible,” he said. “We are sending our A team and an Under-19 team to play against Pakistan shortly.”

Sunday’s T20 was Sri Lanka’s first in Pakistan since their team bus was attacked near the same venue in March 2009. That attack, which left eight people dead and seven Sri Lanka players and their staff injured, forced Pakistan to play all their home matches at neutral venues, mainly in the U.A.E.

Sri Lanka’s T20 skipper Thisara Perera said several team members had raised concerns about safety, but he was able to assure them based on his experience in playing in a three-match World XI series in Lahore last month. “In my nine years of cricket I have never seen that level of security,” Perera said of Sunday’s match, which Sri Lanka lost by 36 runs. “I think we can play again in Pakistan.”

Sri Lanka’s Sports Minister Dayasiri Jayasekara and board President Thilanga Sumathipala also traveled to Lahore for the final of the three-match T20 series to underline Colombo’s confidence in the security arrangements.

The first two matches, which Pakistan won by seven and two wickets respectively, were played in Abu Dhabi before Sri Lanka flew to Lahore in a 24-hour fly-in, fly-out arrangement.