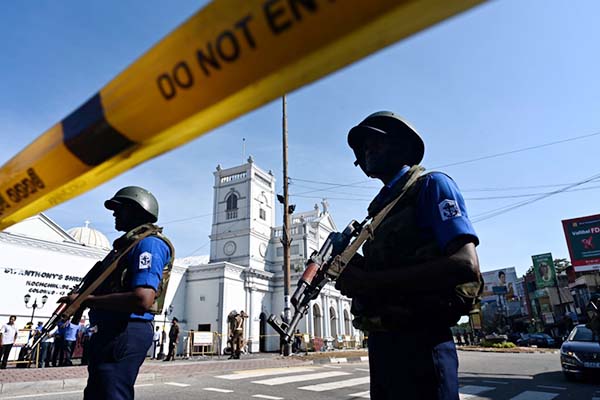 Sri Lanka’s police on Tuesday stepped in to prevent a local council from banning Muslim traders from a weekly fair in another backlash from the devastating Easter attacks blamed on Islamic extremists.

The local government body had ordered minority Muslims not to participate in the farmer’s market in the town of Dankotuwa, 47 kilometers north of the capital. “We got a court order against the Wennappuwa Pradeshiya Saba [council] because we can’t allow this Islamophobia,” local police Superintendent K. A. B. Kumarapeli told AFP by telephone.

He said the local council chairman representing a political party affiliated to former president Mahinda Rajapakse ordered Muslims to stay away, saying their presence could trigger violence in the region.

The region has a high concentration of Christians who suffered the most in the April 21 suicide bombings that targeted three churches and three hotels. At least 258 people were killed and nearly 500 wounded in the attacks. However, police said there was no basis for Tuesday’s action by the council when communal tensions had eased and the region was returning to normality after several days of anti-Muslim riots last month.

“We have asked courts to take action against the council chairman for causing tension between communities,” Kumarapeli said adding that a hearing has been scheduled for Friday.

Sri Lanka has been under a state of emergency since the Easter Sunday suicide bombings blamed on a local jihadi group, which pledged allegiance to the Islamic State group. At least one Muslim man was killed and hundreds of Muslim-owned businesses, homes, vehicles and mosques were destroyed in the riots last month.