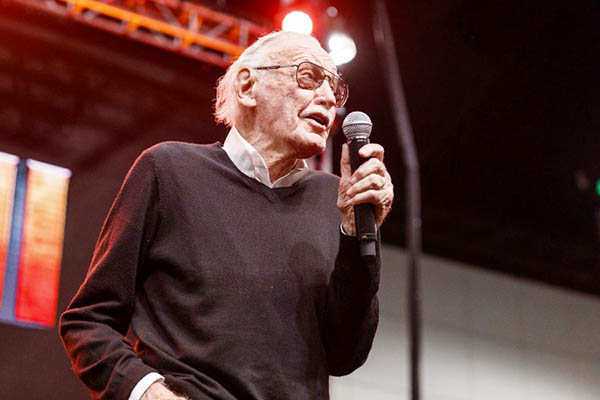 A massage therapist is suing Stan Lee of Marvel Comics fame for sexual assault and battery, accusing him of inappropriate touching and misconduct during two sessions last year in Chicago.

Maria Carballo filed a five-count lawsuit on Monday, claiming Lee assaulted her by fondling himself and touching her with his genitalia.

The lawsuit claims the incidents took place in April 2017, when the 95-year-old co-creator of many superhero characters, including Black Panther and Spider-Man, was in the Midwestern city for the Chicago Comic & Entertainment Expo.

Lee’s attorney Jonathan Freund denied the allegations to the Chicago Tribune newspaper. “He is a high-profile public figure and I think it’s a shakedown,” Freund was quoted by the Tribune as saying. “The guy is 95, I don’t think he would do that.”

Carballo’s lawsuit claims she was sent on two occasions to Lee’s hotel suite at the McCormick Place Hyatt Regency. During the first massage, Lee allegedly fondled himself, causing Carballo to stop and leave early.

Carballo claims that Lee apologized through her employer and she returned for a second massage appointment the following day, during which she employed a massage technique using the feet instead of hands. She accuses Lee of moving her foot against his genitals, prompting her to leave once again.

The alleged incidents predate the global spread of the #MeToo and #Timesup campaigns.

Carballo was initially fearful that complaining about Lee’s actions would negatively affect her career, according to the law firm representing her. “After seeing other women fight to be treated with dignity and respect, I decided, me too,” Carballo said in a statement released by the Chicago-based firm Cunningham Lopez LLP.

The lawsuit is seeking at least $50,000, as well as punitive damages and attorney’s fees for each of the five counts.

Lee has faced a similar claim before. In January, the Daily Mail reported on allegations of sexual assault and harassment by nurses who cared for Lee at his Los Angeles home. Lee’s representatives denied those allegations.

The comic book legend has also been the subject of rumors of elder abuse in the hands of associates and his daughter, and has denied those claims as well.