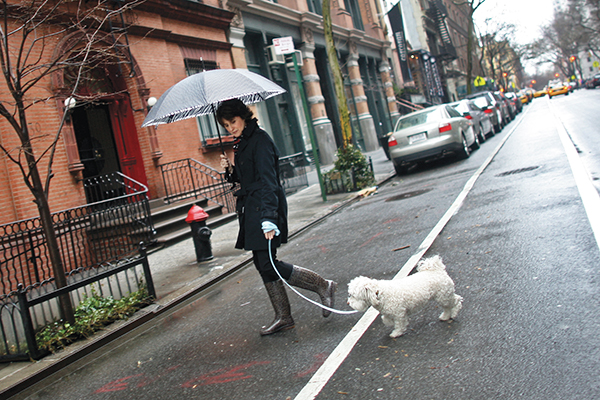 A harrowing childhood can be a writer’s best friend.

[dropcap]O[/dropcap]n the day I was scheduled to interview bestselling author and screenwriter Delia Ephron, I woke up feeling giddy—not because I was about to talk with the woman who has captured the whimsy of childhood (How to Eat Like a Child), the importance of female friendship (The Sisterhood of the Traveling Pants), the nuances of being a modern woman (Love, Loss, and What I Wore) and the frisson of early Internet dating (You’ve Got Mail), but because I felt I was going to spend the afternoon with my new best friend, even though I’d never spoken to her. I had just finished Ephron’s new memoir, Sister Mother Husband Dog (Etc.), and after hooting and crying my way through its 15 autobiographical essays, I had come to the conclusion that I didn’t just understand Ephron; she understood me.

We both grew up in a world where family is religion, baked goods are a food group, writing is a lifeline, and sisters are soul mates (her older sister, Nora, the storied filmmaker and screenwriter, died of complications from acute myeloid leukemia in June last year). There is also Ephron’s unflinching love of New York City: “If New York is for you, nothing else will do.” And her Seinfeld-esque obsessions with the minutiae of everyday life: “I love it that our culture is so shallow that even a Danish can be famous.”

Turns out, I am not the only one who feels that way. “A lot of people have said to me, ‘I felt like I was your friend,’” Ephron told Newsweek. “That was fantastically important to me, and it’s the subtext of the book: connecting and friendship.” We were sitting in a quiet corner of a bustling café in Manhattan. Ephron wore a navy shirt and maroon glasses, and her hair—brown, perfectly coiffed—proved it was a good day for #TheHairReport, her forecast for people who are only interested in how the weather will affect their hair.

In her new book, Ephron talks about accidentally converting to Christianity (twice), the horrors of online shopping and the need for a technology that lets us call our missing keys. She also takes on much weightier topics, proving the point of a 2003 New Yorker cartoon that shows a young woman sitting in a window seat writing on a pad of paper. The caption reads, “Dear Mom and Dad: Thanks for the happy childhood. You’ve destroyed any chance I had of becoming a writer.”

Growing up in Beverly Hills, California, in the 1950s and 1960s, the Ephron girls—Nora, Delia, Hallie, and Amy—were raised to be career women in an era when most educated girls went to college for an M.R.S. Their parents, Henry and Phoebe Ephron, were successful Hollywood screenwriters, and alcoholics. Ephron writes: “[My mother] didn’t meet our teachers—I’m not complaining about that. I was proud that she didn’t. ‘Your mother is too busy to go to open school night,’ she told us. ‘She has a career.’ Having a mother like this set me apart and gave me cachet. Her expectation that I would be a career woman, too, gave me a destiny that other girls didn’t have.”

All four sisters became writers, but that destiny could be stifling. “Suppose you were a failure?” Ephron asked me. It wasn’t until she turned 30 that she decided to become a writer. “I think I probably always knew it was what my talent was, but there was no evidence,” she said. “I hadn’t ever written anything anyone had ever admired.”

Ephron’s prose feels effortless, and it is entirely tweetable. This book is laced with snackable one-liners, like, “In the family I grew up in, being called boring was like being called an ax murderer.” She writes lovingly of her second husband, also a writer: “We were the same religion, and I don’t mean Jewish.” The essay “Bakeries” morphs from a walking tour of Ephron’s favorite pastry spots into a manifesto on the impossibility of having it all, making it a delightful addition to today’s leaning-in debate. Yet the guts of the book lie in the longer essays on family.

In the first piece, “Losing Nora,” she tackles the strangeness of watching her confidant, collaborator, and caretaker die in the spotlight. Her beloved older sister, Nora, was suddenly a “famous sick person,” and the news of her death jolted the literary, Hollywood, and reading worlds. Everyone seemed eager to stake a claim to her legacy. Delia writes: “As busloads of strangers tell me what she meant to them, I sympathize with Caroline Kennedy. This is ridiculous—me and Caroline, I know—and yet I do think about her, because losing her daddy has nothing to do with millions of Americans losing a president.”

Countless writers and celebrities have lionized Nora, but Delia memorializes her in the intimate way that only a sibling can. She writes about Nora’s rigorously stocked refrigerator, her clairvoyant gift-giving abilities, her resolve to write until the very end and their collaborations: “We borrowed lines from each other the way other sisters borrow dresses.”

The most challenging piece—for Ephron to write and the reader to read—is “Why I Can’t Write about My Mother.” It reads like a long-awaited apotheosis. Ephron writes herself into understanding the painful relationship she had with her career woman-alcoholic mother. Phoebe started drinking when Delia was 11; “I can’t tell you how much anxiety I have just from [watching my] parents every single minute to see … if they were gonna go crazy that night,” she told me. When Delia was 14, her mother told her, “I hope you never tell anyone what happens here” (here being the rocky, scotch-soaked nights at the Ephron home). Decades later, while on her deathbed, Phoebe instructed Nora to “take notes”; to Delia, she stated, “I hated crocheting” (Delia’s first book is The Adventurous Crocheter).

Delia did take notes, and despite (or perhaps because of) her mother’s warning, she has written all about “here.” “With my mother, I was writing out of forgiveness, trying to tell the truth,” Ephron said. “If you don’t tell the truth, what’s the point?”

Sister Mother Husband Dog (Etc.) is a book to read, and read again, a roadmap through life’s smallest and largest moments.