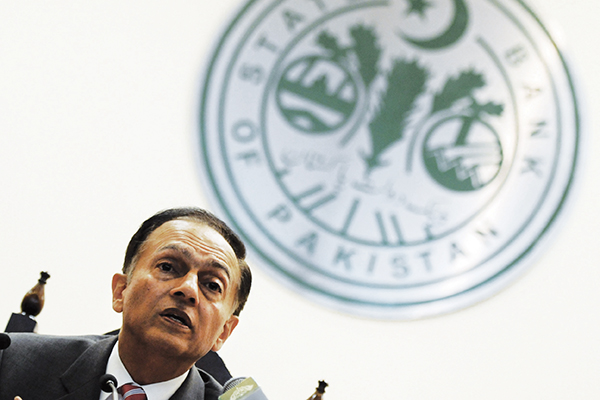 Central bank projects that inflation will fall to around four percent by the end of this fiscal year.

Pakistan’s central bank cut its key interest rate by 0.5 percent on Saturday in a bid to give the country’s improving economy further momentum.

“The central board of directors has decided to reduce the policy rate by 50 basis points from 8.5 percent to 8.0 percent,” the State Bank of Pakistan said in a statement. The interest rate reduction comes as inflation sits at eight percent, down from a high of around 10 percent last year.

On Saturday, the bank projected that inflation would fall to as low as four percent by the end of this fiscal year on June 30. It also expressed hope that Pakistan’s gross domestic product growth rate would surpass the 4.4 percent recorded in the previous financial year.

Pakistan’s economy was in a mess when Nawaz Sharif took over as prime minister in May 2013, with the International Monetary Fund granting a $6.6 billion loan package later that year. The loan came on condition that Pakistan, which was suffering an energy crisis, would carry out extensive economic reforms, particularly in the energy and taxation sectors.

The central bank noted that the economy was now on a more stable footing and was benefiting from the drop in world oil prices. “This current macroeconomic stabilization has thus opened a window of opportunity to gear up reforms to ensure improvement in the economy are sustainable,” it said.