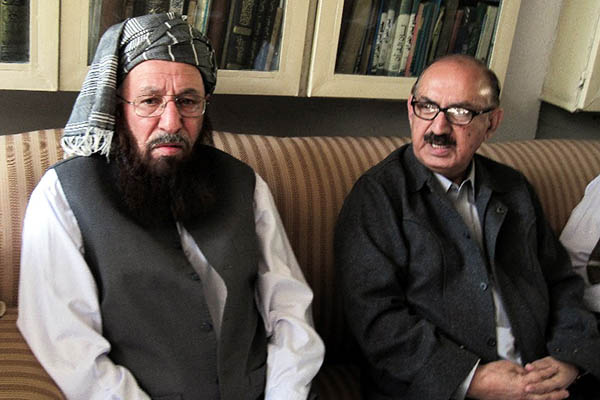 Negotiating committee will comprise representatives of the federal and Khyber-Pakhtunkhwa governments.

The Government of Pakistan on Thursday announced it was setting up a state committee to hold direct talks with the Taliban in a bid to accelerate the peace process.

Dialogue aimed at ending the extremists’ seven-year insurgency, which has claimed thousands of lives, resumed on Wednesday following a two-week suspension after militants killed 23 kidnapped soldiers. The military retaliated with a series of airstrikes that it said killed more than 100 militants, and the Taliban last weekend announced a month-long ceasefire. But negotiations have so far been conducted through teams of go-betweens, which some observers say has hampered their effectiveness.

“It has been decided to accelerate the peace process, thus a negotiating committee [will] be formed which would be an official committee,” Interior Minister Chaudhry Nisar Ali Khan told lawmakers in the National Assembly in Islamabad. “The committee would have representatives from federal government and the provincial Khyber-Pakhtunkhwa government,” Khan said, adding the government wanted to start direct talks with the Taliban within the next week.

“The prime minister will take parliamentary leaders into confidence after the start of direct talks,” Khan added, saying existing avenues of communication would remain functional for liaison purposes.

Earlier in the day, the government’s chief negotiator, Irfan Siddiqui, said the initial phase of peace talks had been completed and he had proposed direct talks with the Taliban. “We have asked the prime minister to replace this committee with an effective forum,” he said after Thursday’s meeting with Sharif. “We believe that in the next phase, sensitive issues and demands will come up and we need to have a mechanism for direct contacts.”

Rahimullah Yusufzai, another government negotiator, said: “We have proposed that those who have authority to make decisions should be part of this committee. There should be representatives from the government and the military in the committee.” On the Taliban side, chief negotiator Maulana Sami-ul-Haq said his team was “satisfied with the round of talks this morning with Prime Minister Nawaz Sharif.”

“It was decided in the meeting that now the time has come to strengthen the committees and empower them more,” he added. Haq said his team might have to return to the Taliban’s base in the tribal areas in a day or two to report back to their leadership.

Observers have criticized the dialogue process for being a step removed from the real decision-makers, but analyst Imtiaz Gul said face-to-face contacts risked giving respectability to a banned militant outfit. “It is a legitimate demand to have direct TTP representation in talks. However, if that happens and the government representatives are sitting across the table, this could amount to lending legitimacy to an organization which the government has proscribed as a terrorist outfit,” he said.

A statement issued by Sharif’s office earlier said he was committed to peace. “As prime minister it is my constitutional, religious, national, moral and human duty to stop the continuation of fire and blood and give peace to the country and citizens,” it said.

The peace talks, which began in February, were a key campaign pledge for Sharif before he was elected to office for a third time last year. But many analysts are skeptical about their chances for success, given the Taliban’s demands for nationwide shariah law and a withdrawal of troops from the lawless tribal zones. Many regional deals between the military and the Taliban have failed in the past.