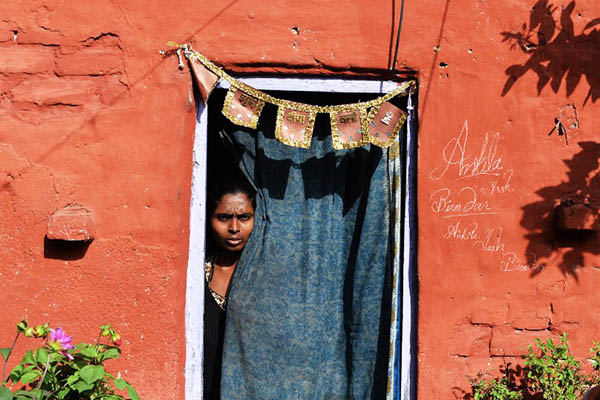 New Delhi had declared itself ‘leprosy-free’ in 2005, but the disease has returned in several parts of the country.

Ganga Kalshetty was just two years old when India declared itself leprosy-free in 2005, giving her family hope that she would be spared the disfiguring disease and its social stigma. But the last decade has seen a worrying resurgence of leprosy in India, which now accounts for more than half of the 200,000 new cases reported worldwide every year.

Kalshetty lives in one of India’s dozens of informal “leper colonies,” where many of her relatives are afflicted with the disease. She has grown up surrounded by sufferers. Seven months ago her worst fears came true when she, too, was diagnosed with the disease.

“I don’t want to suffer like her,” the 12-year-old told AFP as she glanced at her grandmother’s clawed hands, a hallmark of leprosy sufferers, at the family’s home in New Delhi.

Leprosy, a chronic infectious disease that causes lesions on the skin and attacks nerves in the hands and feet, can be cured. But if left untreated it leaves deformities that mark the sufferer out. C. M. Agrawal, who heads the Indian government’s leprosy program, said the number of children being diagnosed with the disease was worrying.

“Because we declared India to be leprosy-free in 2005, it led to complacency. Other diseases took priority,” he said. “The reporting of child cases suggests active and recent transmissions.”

The World Health Organization allows governments to declare that leprosy is no longer a public health risk if the prevalence rate falls below one case per 10,000 people. That was achieved in India in 2005. But while the national prevalence rate remains below the threshold, some areas have now exceeded it.

In 2013-14, 126,913 new leprosy cases were reported across the country, including 12,043 children, according to government figures. Delhi alone registered 1,145 cases, the figures showed.

Due to the social stigma that still surrounds the disease, thousands of sufferers often end up living in close proximity to each other in informal settlements spread across the country that became known as “leper colonies.” Poverty, poor sanitation and overcrowding mean that residents not already suffering are susceptible to the disease.

Shiv Shankar Tiwari is a former leprosy sufferer who lives in a ramshackle mud and brick house in the Delhi colony. The 55-year-old was devastated when three of his six sons were diagnosed with the disease. Two went on to develop disabilities because they stopped their treatment. “We didn’t know how important it was to keep taking the medicines,” said Tiwari, his voice choked with emotion.

If it is caught early and treated with a combination of drugs, leprosy ceases to be contagious and can be cured in six to 12 months. But sufferers were once forced to ring bells to alert others to stay away as they passed by, and centuries later, they still face severe prejudice.

Many states in India have laws barring leprosy sufferers from obtaining a driver’s license and other routine documents, even if they have been cured. Employment is hard if not impossible to come by, and for many begging is the only option.

“The stigma associated with the diseases is formidable,” said P. R. Manglani of the Netherlands Leprosy Relief Foundation, a charity that works with sufferers in Delhi. “We go to slums and tell them interesting stories from mythology so that they know how to suspect the disease early and go for treatment.”

The government has said it wants to eliminate the disease from India completely in the next 10 years, and has made it a formal priority that no children should be left with visible deformities.

India’s director general of health services Jagdish Prasad said the biggest challenge was the incubation period of up to 20 years, which makes the disease hard to detect. “Now our strategy is to search house-to-house, treat the patients and give one dose of preventive medication to each of their family members,” he said. “That’s how the Western world got rid of leprosy.”

The WHO has been helping the Indian government plug the loopholes in its anti-leprosy program. “There is a very serious commitment to get leprosy eliminated at the state and the district level,” WHO India representative Nata Menabde said.

But for Kalshetty, who already bears early signs of the disease in the form of a faint white patch on her arm, that commitment has come too late. “No matter what happens, my school friends will always think of me as the girl from the leprosy colony,” she said. “I will never be normal again.”