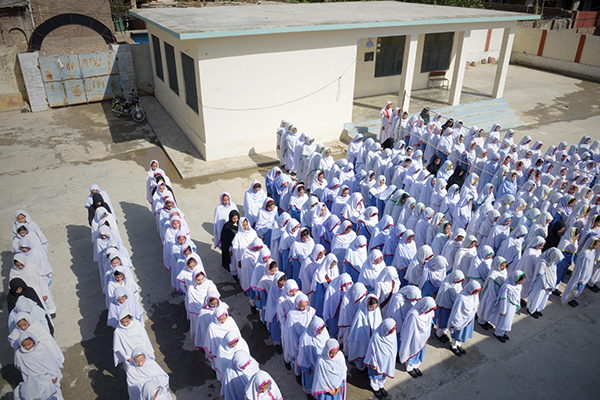 Why women celebrated the Nobel more than men.

Two Nobel peace prize winners from South Asia have offered the world two simple concepts that can transform this poverty-stricken region. This year’s co-laureate, Pakistan’s Malala Yousafzai, wants an education for every girl. The 2006 winner, Bangladesh’s Dr. Muhammad Yunus, wants women to have access to finance.

Malala offers our society an alternative to the unhappy, long-running narrative about the sorry fate of the girl child. Malala’s contention is basic: teach girls how to read and write to empower future generations of Pakistanis. We must embrace this idea, not petulantly shun it as some imposition by the West, whose celebration of her some view with suspicion. But the chauvinism and misogyny that keep us from accepting her simple, very impactful concept derive both from a limited understanding of Islamic values and from the “rational” economic choices households make when investing in their future.

The single most important factor for the progress of a society and country is the inclusion and participation of women in the economy. This does not happen without ensuring education for girls. According to Dr. Riffat Hassan, a well-respected theologian and women’s rights activist, there are three levels at which patriarchal interpretations of Islam have promoted the myth of women’s inferiority. The first set of views relies on the sayings, including those disputed by theologians, of Islam’s Prophet. The second relates to a literal, de-contextualized interpretation of Quranic verses. The third emanates from a complete lack of understanding of Islam’s ethical values, which emphasize that all human beings have been placed on earth as God’s vice regents to build a just and equitable society.

During our field work on gender sensitization in the Punjab, it soon became apparent that religion was being widely misread to support the flawed notion that women are inherently the inferior sex. Men, old and young, said women could not be equals since Eve was created from Adam’s rib—even though the Quran says both were created simultaneously and from the same substance. The women we surveyed also bought into this, and saw themselves as vessels for man’s pleasure and dominance. It is notions like these that deepen the divide and create a gap between the discourse of equality in Islam and the reality of gross inequality between men and women in Muslim societies. Ironically, the commonly-held view about Eve was installed in the Muslim psyche through Jewish and Byzantium influences.

When the same issue is seen from an economic perspective, it reveals a similar picture but for a different set of reasons.

When resources are scarce and the opportunity costs of certain behaviors are low, households will collectively invest where they see the highest returns. In other words, as long as the job market and wage rates are skewed against women, households will rationally opt for investing in their male offspring, who will—all other things being equal—bring greater returns. This then results in viewing the girl child as a burden, and the decision not to educate her is considered well reasoned and in the family’s best interests. In many cases, the burdensome girl is married off at a young age, her childhood brutally replaced with poverty and unprepared motherhood.

Many women have also been led into believing that their earnings are not “blessed.” They often seem to apologize and be ashamed of their economic role since society and religion seem to imply that the right to earn a livelihood is the sole monopoly of men. Economists are also to blame for perpetrating this myth: in the economic theory of the household, the head of the household is usually a despotic male, an assumption introduced to simplify household-level decision making to a binary level. This framework is far from reality. Decision making patterns in households are complex and are influenced by religious, cultural and social norms. By assuming that all households are essentially male-dominated, the needs of female-headed households are not fully reflected in economic policies, thus creating further economic disparities.

There is a clear and distinct multiplier effect to educating girls and women. Females with more education tend to be healthier, they bring up healthier and more educated families, and they have fewer children thereby mitigating the endemic cycle of poverty. Further, women with greater education participate more in the formal economy and generate greater prosperity for themselves and their families. And it doesn’t just stop there; these benefits are transmitted across generations and communities.

When Yunus was asked about the benefits of the economic independence of women, he stated that its greatest impact can be seen through the next generation, which is inevitably healthier and better educated. Great changes start with very simple ideas. Yunus’ concept was to provide women with access to finance; Malala’s is to school girls. As a country we need to embrace and adopt both ideas. It is a no-brainier from any angle.