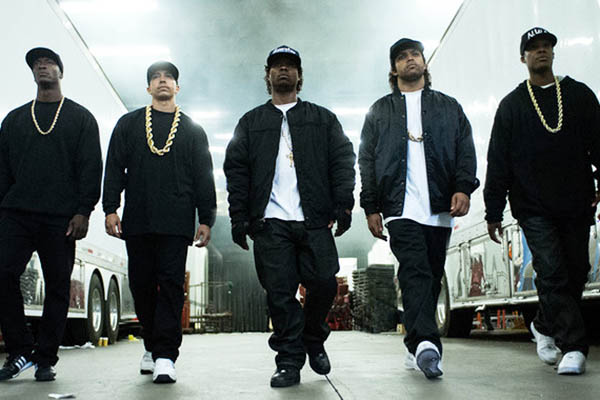 Tackling themes of race in America, movie about rap group N.W.A. has taken in $134.13 million so far.

The film about pioneering rap group N.W.A. took in some $13.2 million in sales, box office tracker Exhibitor Relations said. It was half the haul Straight Outta Compton had last week but took the film’s total take-in to $134.13 million.

The movie, named after the 1988 studio album that gave birth to the gangsta rap genre, tackles themes of race in America and seems to have struck a chord with moviegoers at a time when protests over racism and police shootings are in the headlines.

Straight Outta Compton beat out Sony’s debut of Christian-faith drama War Room. The film, full of religious messages, follows a couple’s marital strife and their daughter’s decision to help out. It took in an estimated $11 million in its debut weekend.

Knocked down to the number three spot was Mission: Impossible—Rogue Nation, the fifth installment of the heart-pounding Tom Cruise action franchise. The film brought in $8.3 million, bringing its total haul to $170.4 million in its fifth week. Coming in fourth was another debut No Escape, an expat adventure film starring Owen Wilson as a father trying to save his family in the middle of a foreign country’s political uprising. The film brought in $8.3 million.

Horror flick Sinister 2 was knocked down to the five spot on the box office list, with $4.7 million. Starring James Ransone and Shannyn Sossamon, the film is about a child’s nightly visitations from ghoulish kids.

Action film Hitman: Agent 47, about a genetically engineered killer, came in seventh with $3.8 million in sales in its second week on the charts. The film, based on a video game, features a genetically modified killer and stars Rupert Friend. In eighth was psychological thriller The Gift, which took in $3.1 million and stars Jason Bateman.

Ninth was massively successful Jurassic World in its twelfth week in the box office, having amassed $643 million in U.S. sales with $3.1 million this week. The fourth installment in the dinosaur series has made more than $1.5 billion worldwide.

Taking the tenth spot on the charts was Marvel’s superhero flick Ant-Man with $3 million.