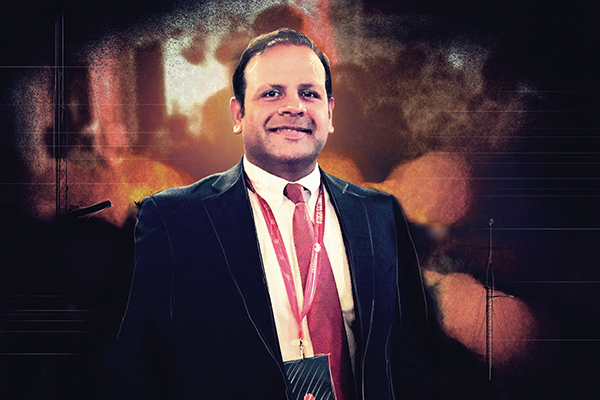 As of August, according to the Pakistan Telecommunication Authority (PTA), the country had 118.94 million cellphone users. In the financial year that ended on June 30, the sector accounted for 16.3 percent of $2.64 billion that came in as foreign direct investment. Telecom companies earned Rs. 465.55 billion and paid Rs. 234.53 billion in taxes in the same period. Warid Telecom commenced operations here 10 years ago. Today, it has a subscriber base of 10.16 million, including 139,897 4G LTE subscribers. We spoke with its chief financial officer, Tariq Gulzar, recently about the industry and the challenges and opportunities it faces. Excerpts:

What has the Warid experience been like in Pakistan?

It has been an exciting journey. Warid launched its service in 28 cities in 2005 and hit a million subscribers within 90 days and positive earnings within 18 months. We led a major network expansion in 2008 and again in 2013 through 2014. We have one of the largest postpaid subscriber bases and are the leading operators of 4G LTE technology in Pakistan.

How does Warid differentiate itself from its rivals?

We provide quality and innovation at affordable prices, catering to all segments. The PTA has consistently ranked our customer service among the best. We always ensure that calls are answered, disputes are resolved and services are provided swiftly. Ericsson, the Swedish multinational that is among the world’s communication technology and services leaders, has cited Warid Telecom as a role-model client for its successful evolution from a 2G operator to a 4G LTE provider. Warid has been leading the sector. We were the first to launch data-sharing plans and the balance-share-transfer service.

How difficult was the transition to becoming a 4G LTE operator?

We are the market leaders in this segment. This was made possible because we offer affordable packages and high quality customer service. Improvements in our infrastructure, declining costs of cellphones, and the lifting of the ban on SIM sales through retailers have all helped.

What areas are available to you for further growth?

One of our points of focus is to increase 2G usage in underutilized regions. We aim to run targeted promotional campaigns for voice and data services, location-based charging, and to increase the overall visibility of our brand. We are investing heavily in expanding our network footprint; we added about 500 sites last year. We’ve also identified areas on our network with high data usage on Edge that we intend to target with our 4G LTE service. Last year, we announced we would invest $470 million over five years. Most of this has already been invested, including $100 million on the launch of our 4G LTE service. This investment is going toward expanding and improving our network, making it more efficient and less energy intensive.

What specific challenges has the telecom sector had to overcome?

There have been a number of challenges over the last six or seven years, in particularly the discriminatory taxation system. For telecom companies, Pakistan has among the lowest average revenue per user, but ranks fourth among 110 countries in terms of tax as a percentage of owning a mobile handset. During the last couple of years, frequent regulatory changes, especially changes in the sales-tax regime, have slowed down growth. The devaluation of the Rupee has also significantly increased investment and borrowing costs.

To tackle terrorism, the government required all cellphone subscribers to get biometric verification done to confirm that they are the owners and users of their numbers. Was this a useful exercise for telecom operators?

Ensuring that all subscribers in the system are legitimate owners of SIM cards definitely helps with the law and order situation. The problem was that the telecom industry received no financial support from the government to implement the guidelines. The implementation of the biometric-verification system was an extensive and expensive exercise. But this also serves the purposes of telecom companies because it helps improve the quality of our subscribers. Around 30 million SIM cards were blocked because they could not be verified. This has reshaped the industry.

How do you see the future of Pakistan’s telecom industry?

Around 35 percent of Pakistan’s population is under the age of 14, so there’s a large pool of future subscribers. There’s healthy competition in the sector, and this trend will persist as Pakistan’s economic outlook continues to improve. There’s significant growth in data usage and a marked decline in voice calls. This presents an opportunity to innovate and grow. The sector is playing a pivotal part in the country’s socioeconomic development. All operators, including Warid, are proving mobile financial services now, allowing more and more people—and especially the unbanked population—to carry out instant financial transactions on their phones. By offering affordable data and Internet services, the telecom industry is providing subscribers with access to global information and contributing to improvements in education and literacy. Telecom operators are continuing to also generate employment opportunities across Pakistan. Warid Telecom alone has some 120,000 people employed as part of its network.