Home Lightbox Struggling to Move On

Struggling to Move On 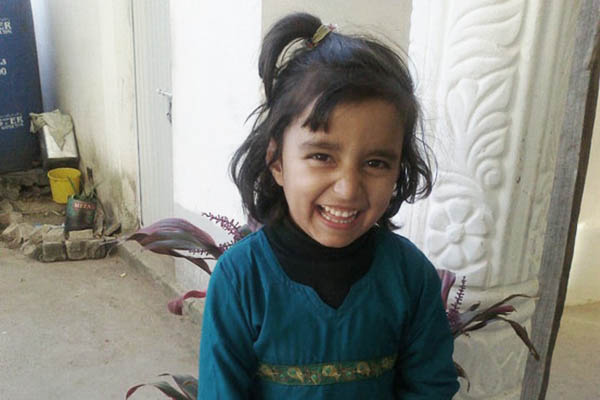 The family of the youngest child killed in the brutal Army Public School massacre last year remembers her last day.

December 16, 2014 was six-year-old Khaula Bibi’s first day at the Army Public School Toddler Academy. Her father, Altaf Hussain, had taken her to the Administration Block to process her recent admission and was looking forward to his daughter starting her formal education in Peshawar. It would be the last time he ever saw her.

Hussain, who is an English teacher at the Army Public School, says it started off as any normal day. “My daughter and I were at the Administration Block and she had just asked me to sit down while we waited for her information to get processed,” he says. That normalcy, however, was shattered with the sounds of gunshots. “I told the staff not to worry, thinking it was probably just the Pakistan Army running drills,” says Hussain. “But then Madam Shahnaz [a Computer Science teacher] rushed in and told us to run. ‘Terrorists have attacked the auditorium and are targeting the students,’ she said.”

The 42-year-old says he didn’t want to risk his daughter’s life by rushing out with her but couldn’t wait for the militants to rush in either. “Ms. Saadia Khattak [an English teacher] took hold of Khaula’s hand and said ‘Just leave her to me and Allah,’” says Hussain.

Thinking he could help fight off the militants—and not realizing the extent of the danger—Hussain rushed toward the auditorium, which was one storey below the Administration Block. He came face to face with three of the six attackers, who had been posted outside the auditorium to prevent anyone from escaping the ill-fated assembly. “They couldn’t have been more than 20-25 years old,” says Hussain, adding that when he saw the Kalashnikovs in their hands he ran upstairs to try to find a way to block the stairwell.

“I was hoping to intercept them, but two of them ran after me and opened fire,” he says. Caught in a life-or-death game of hide and seek, Hussain said he begged the militants to stop from the cover of a nearby pillar. “I told them not to shoot. I told them I was a Muslim like them in Pashto, hoping they would see the folly of their actions, but they wouldn’t listen.” Instead, says Hussain, they asked the third militant to come upstairs and all three started firing on him.

The first few volleys managed to miss Hussain, as he continued to beg them to stop. But his luck didn’t hold. He was shot in the chest and had to drag himself to a nearby classroom. “They shot at the door and then rushed away,” he says. “I could still hear the gunshots. They would yell ‘Allah-o-Akbar’ with each volley.”

Finally, after 10 minutes, the gunshots stopped. Hussain says his first thought was of his daughter and he crawled out of the room and shouted her name. “I got no response. Everyone around was dead.”

Hussain was one of the lucky ones rushed to the Lady Reading Hospital by soldiers who rushed to take on the militants—but he doesn’t remember any of it. “I regained consciousness 28 hours later. I asked my wife where Khaula was. She told me: ‘You loved Khaula a lot, but Allah loves her even more than you and called her to Him.’”

A year later, he says he would give anything to see her one last time, to have seen her before she was buried. “When she was alive, I never kissed her. I feared Allah would see it as me loving her more than Him,” says a dejected Hussain. “No religion allows the killing of small girls,” he says as tears roll down his face. 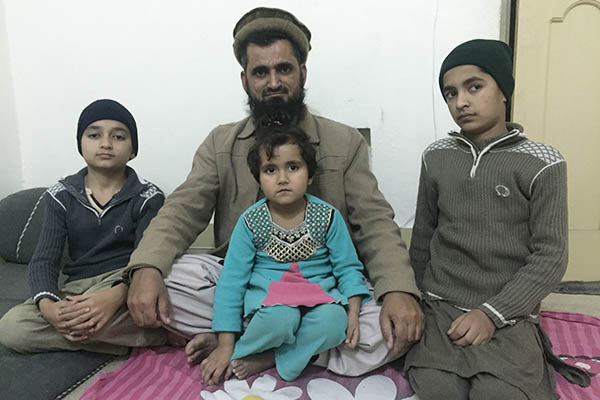 The Hussain family moved from Balakot to Peshawar just six months before the horrible events of December 16, 2014—to secure better education for their children. Hussain says that while he will never stop missing his daughter, he can’t look back. “It was written in the book of fate and we can’t change it,” he says simply. His wife, Safoora Bibi, agrees.

“Even Khaula used to complain about moving to Peshawar initially, but we know it was the best for their education,” she says, as she recalls her daughter’s short life. “I can still remember what she was doing every day of her last few weeks,” says Bibi. “I couldn’t stop weeping for four days during Eid ul Azha.”

Khaula’s eldest brother, Muhammad Samar, 12, says he misses her a lot. “She was not only my sister but a friend as well. I was shocked to hear the news because the attack didn’t reach the toddler section.” Muhammad Shoaib, 11, says it’s still difficult to remember his sister without feeling sad. “I can’t forget her. Khaula’s memories are exceptional,” he says. “I sometimes dream she is still alive. Sometimes I feel short of breath in class and I know Khaula is watching over us,” he added.

But while Khaula’s memory still lingers, Hussain says he is unwilling to allow the tragedy to impact his children’s education. Both his sons still study at the Army Public School and his youngest daughter, Ariba Bibi, 4, was just enrolled in the playgroup.

thank you so much
– Altaf hussain… I’m his niece

Too sad. May Allah grant patience to the parents of the innocent children martyred.

i cant even imagine how this father feels , he must hate himself for being alive while his daughter is dead , no parent should ever bury their child , this made me so upset , i am so sorry for his loss and my tears aren’t stopping , this maybe a year but the pain is just like yesterday , the horrible images always comes in my mind , i , i just could that Allah bless this family , relive their pain and help them to recover their loss and khuala she is in jannat watching over and protecting her family ameen

Tragic events
May Allah give you more courage, health, and much more

This is so terrible. May Allah grant patience and courage to the parents and family. I am so sorry for this to happen, it must’ve been very hard for the family. My dawas go to your daughter and family.