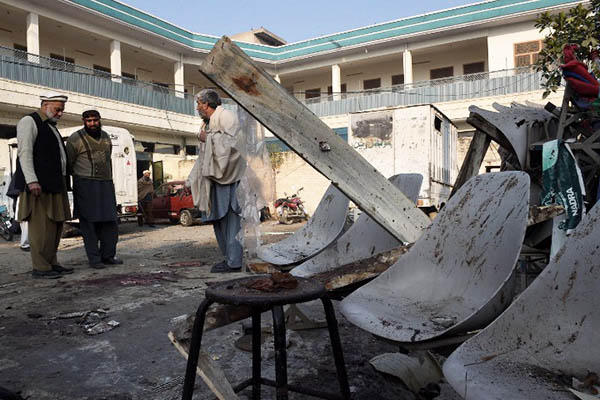 At least eight people injured in attack on Excise and Taxation office.

A suicide bomb attack outside a government office in northwest Pakistan on Tuesday injured at least eight people, two of whom were in critical condition, officials said.

The attack took place at the Excise and Taxation office in Mardan, Khyber-Pakhtunkhwa.

Shahid Khan, a senior local police official, said: “It was a suicide attack, the target was the office of Excise and Taxation. All eight injured people have been taken to hospital, two of them are critical.”

Faisal Shahzad, district police chief, confirmed the toll and said the bomber arrived at the office on foot and opened fire with a gun before detonating his explosives vest at the gate of the office. “Eight to ten kilograms of explosive were used,” he said.

No one immediately claimed responsibility for the attack.