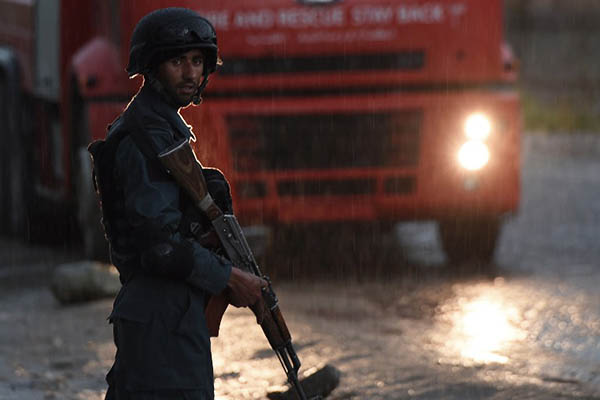 A Taliban truck bomber detonated around a ton of explosives on Monday outside a government complex in southern Afghanistan, wounding about 40 people in the latest attack of the summer fighting season.

Deputy police chief Ghulam Jailani Farahi confirmed the casualties, adding that the wounded were all civilians and some were in critical condition.

The Taliban, waging a 13-year war against the U.S.-backed Afghan government, claimed responsibility for the attack. The insurgents are stepping up attacks on government and foreign targets after their traditional summer offensive got under way.

A blast triggered by a Taliban car bomber ripped through the parking lot of the justice ministry in Kabul last Tuesday, killing four people and wounding dozens of others. Official efforts to bring the Taliban to the negotiating table have so far borne little fruit.

The surge in attacks has taken a heavy toll on civilians, according to the United Nations Assistance Mission in Afghanistan. In the first four months of 2015, civilian casualties jumped 16 percent over the same period last year, it said.

The Afghan government has drawn public criticism for its inability to end insurgent attacks—a fact partly attributed by critics to infighting and a lengthy delay in finalizing a cabinet.

Last Thursday, President Ashraf Ghani nominated Mohammad Masoom Stanekzai, the secretary of the High Peace Council, for the crucial position of defense minister. The post had been left vacant for months due to disagreements between Ghani and his chief executive officer and former presidential election rival, Abdullah Abdullah.

Public criticism over the failure to appoint a defense minister has been especially fierce. Afghan forces are now solely responsible for security after NATO’s combat mission formally ended in December, with a small follow-up force staying on to train and support local personnel.